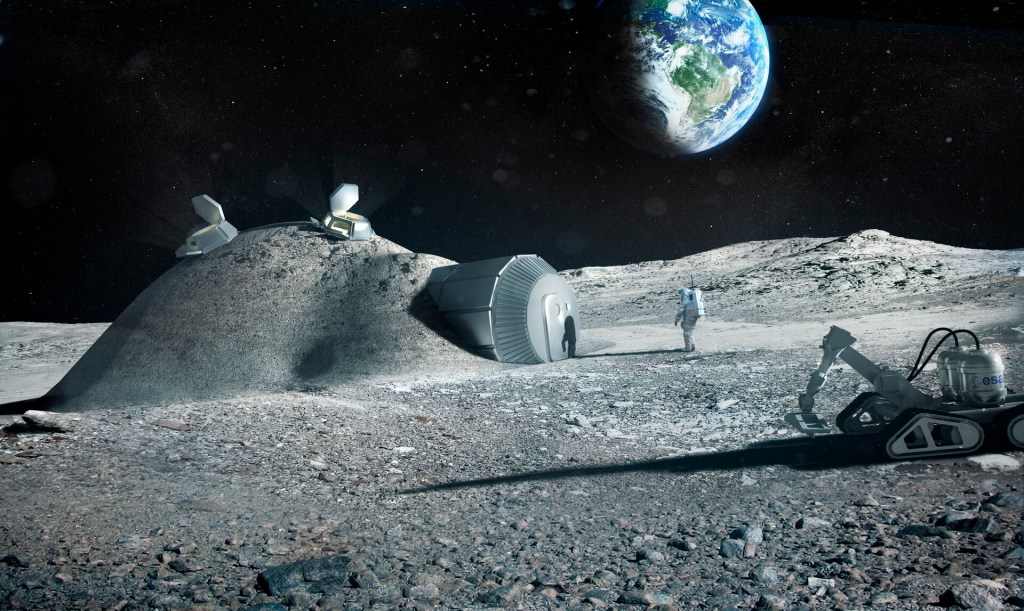 After the successful return of moon rocks by its Chang’e 5 robotic probe, China is preparing for future missions that could set the stage for an eventual lunar base to host human explorers.

Its next three lunar missions are on track, along with programmes for returning samples from Mars and exploring asteroids and the planet Jupiter, deputy chief commander of the China Lunar Exploration Programme Wu Yanhua said.

Mr Wu spoke at a news conference held hours after the Chang’e 5’s capsule parachuted to a landing in Inner Mongolia carrying the first lunar samples to be brought to Earth in more than 40 years.

‘Exploring the truth of the Universe is just beginning,’ he said.

Named after the Chinese goddess of the Moon, the Chang’e programme has made three landings there, including on its less explored far side.

Chang’e 6, scheduled for a 2023 launch, is to collect more samples from the lunar south pole, while its two successors are to conduct detailed surveys and test technologies needed for the construction of a science base on the Moon.

No dates have been given for Chang’e 7 and 8, a crewed mission to the Moon that China says is in the works or for the construction of a lunar base.

‘China is willing to keep on contributing to the world and enhancing human wellbeing with Chinese space solutions,’ Mr Wu said.

The capsule of the Chang’e 5 probe and its cargo of samples were flown to the space programme’s Beijing campus after landing just before 2am on Thursday.

The mission achieved firsts for China’s lunar exploration programme in collecting samples, launching a vehicle from the Moon’s surface and docking it with the capsule to transfer the samples for their voyage to Earth, the China National Space Administration said.

‘As our nation’s most complex and technically groundbreaking space mission, Chang’e 5 has achieved multiple technical breakthroughs … and represents a landmark achievement,’ it said.

Mr Wu said the latest flight featured collaboration with the European Space Agency, along with Argentina, Namibia, Pakistan and other nations.

China will ‘encourage more scientists around the world to participate to obtain more scientific results’ in the future, he said.

Two of Chang’e 5’s four modules set down on the Moon on December 1 and collected about 2kg (4.4lb) of samples by scooping them from the surface and drilling about 6ft into the Moon’s crust.

The samples were deposited in a sealed container that was carried back to the return module by an ascent vehicle.

The newly collected rocks are thought to be billions of years younger than those obtained earlier by the US and former Soviet Union, offering new insights into the history of the Moon and other bodies in the solar system.

They come from a part of the Moon known as the Oceanus Procellarum, or Ocean of Storms, near a site called the Mons Rumker that was believed to have been volcanic in ancient times.

As with the 382kg (842lb) of lunar samples brought back by US astronauts from 1969 to 1972, they will be analysed for age and composition and are expected to be shared with other countries.

‘Regardless of whether they are American government departments, commercial operations, scientists or engineers, we sincerely seek friendly co-operation on the basis of equality, mutual benefit and peaceful application,’ he said.