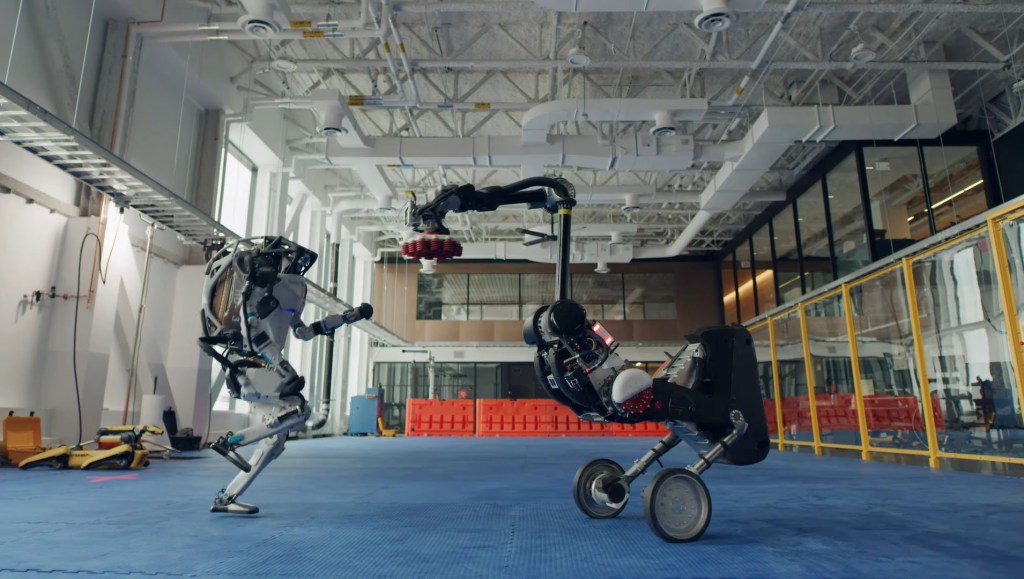 The increasingly impressive features of the bipedal machines created by Boston Dynamics have been racking up YouTube views for years.

Now the machines have put together a choreographed dance to The Contours 1962 hit song ‘Do You Love Me’.

The clip, which runs for two minutes and 53 seconds, was posted on Tuesday evening and is a sight to behold.

Even SpaceX boss and somewhat King of the Internet Elon Musk was impressed.

Many people are saying the robots are better dancers than humans. Reports of them joining the next series of Strictly are, however, unfounded.

Boston Dynamics took the world by storms when it began operations in 2009, which led to its human-like Atlas in 2013 and then its Spot Classic in 2015.

The firm has since been working tirelessly to create life-like, powerful and strong robots designed for the commercial industry.

And while it seems quaint that a robot can now do parkour or twerk, it’s only when you take a step back you realise how far the company has come with its creations.

A gif posted on gfycat puts video footage of the firm’s walking robot from 2009 and 2019 side-by-side. The difference is pretty astounding.

Naturally, the gif brought in a whole clutch of views – over 200,000 in a little over four hours at time of writing.

The robot involved is known as Atlas and stands five foot nine and weighs 180lbs. Its joints work hydraulically and it’s capable of operating both indoors and outdoors.

Over the years Boston Dynamics has showcased a range of new features, such as self-correcting stabilisation when pushed or knocked and the ability to do backflips.

Hopefully, we don’t need to worry about Atlas staging a coup and enslaving humanity – its creators maintain it will be used for search and rescue operations and deployed where it’s too dangerous to send humans.

PrevPreviousMore than 500 weird and wonderful species discovered this year
NextUK broadband use more than doubled in 2020, Openreach saysNext