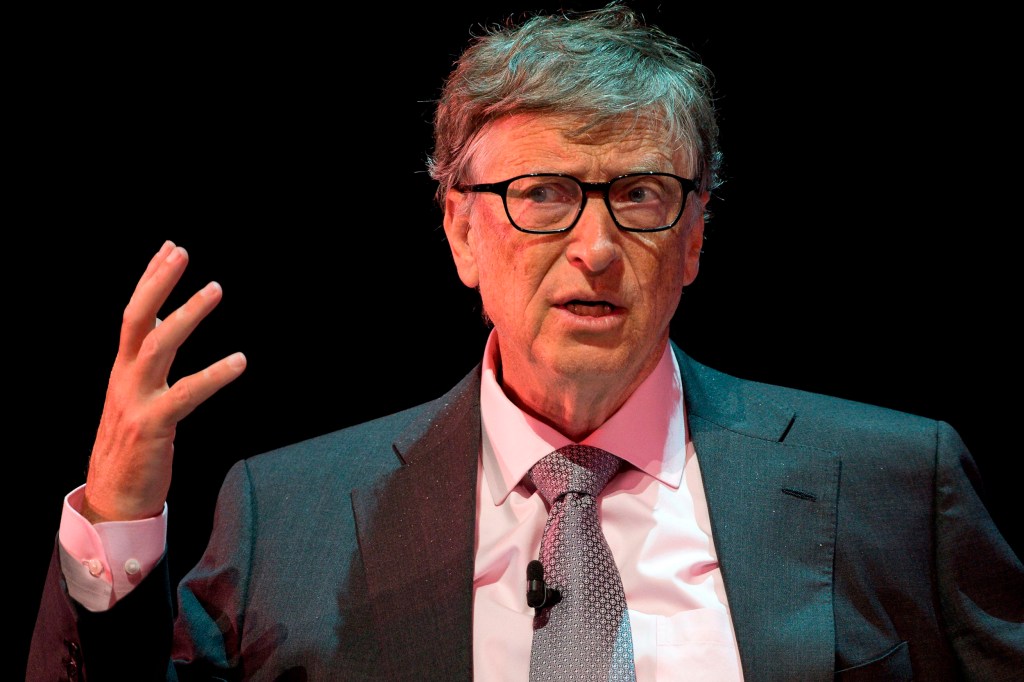 Bill Gates has become an unlikely figurehead during the coronavirus pandemic.

So much so that he even got his own conspiracy theory.

But the billionaire philanthropist, who has invested heavily in fighting the virus, has some warning words for the months ahead.

‘If we would follow the rules in terms of wearing masks and not mixing, we could avoid a larger percentage of those deaths.’

The United States in particular is struggling with a surge of cases following Thanksgiving get-togethers. Something experts are keen to avoid being repeated over Christmas.

Last month, Gates also told the network that almost all Covid-19 vaccines will work by February 2021.

‘Almost all the vaccines will work and with very high efficacy levels,’ Gates told CNN’s Fareed Zakaria in November.

Gates has previously pointed to the Global Fund to Fight AIDS, Tuberculous and Malaria (which was established in 2002) as an example of how countries can come together to fight deadly diseases.

‘One of the best lessons in the fight against HIV/AIDS is the importance of building this large, fair global distribution system to get the drugs out to everyone,’ he said.

Amazingly, despite all the hard work Gates has done to help find a cure for Covid, he has become a leading target for conspiracy theories surrounding the disease.

He has become the centre of a coronavirus conspiracy theory suggesting he is loading tracking chips into vaccines.

‘I’m kind of surprised that some of that is focused on me,’ he told BBC Radio 4.

‘We are just giving money away to get there to be a tool – we just write cheques to pharma companies (and) we happen to have a lot of the smart pharmaceutical expertise in our foundation, and are considered a fair broker between governments and the companies to help pick the best approach.’

Since leaving Microsoft, Gates set up the Bill & Melinda Gates Foundation with his wife and turned completely to philanthropy.

They have tackled the likes of polio and malaria around the world and warned for years about the dangers of infectious diseases.

Addressing a TED Talk five years ago, Gates, 64, warned the next ‘global catastrophe’ would not be caused by war, but by a virus.