The ‘ugliest orchid’, the future of food and a pineapple relative: the hundreds of new species discovered this year 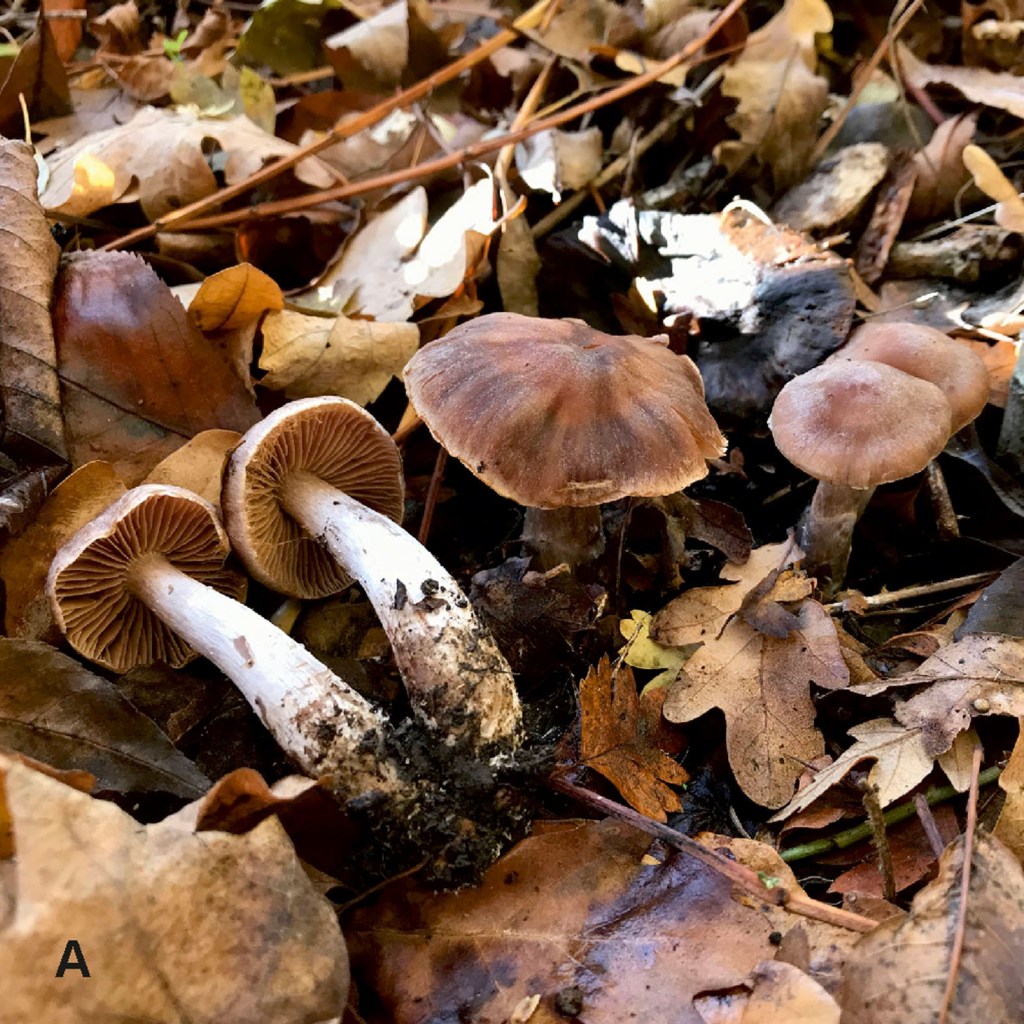 Hundreds of new species of plants and fungi have been discovered by scientists in Britain this year.

The ‘weird and wonderful’ organisms include what’s been called the ‘ugliest orchid in the world’, a brown-leafed ugly duckling pollinated by flies, discovered in the forests of Madagascar.

Gastrodia agnicellus is just one of a raft of new orchids, which make up a third of all new species discovered.

Researchers at the Royal Botanic Gardens, Kew, and their collaborators identified 156 new species altogether, including 27 new fungi – with 6 being found in the UK.

‘In a difficult year, it’s so thrilling to see botanical and mycological science continue, with a bumper list of incredible newly named species,’ said Martin Cheek at RBG Kew.

‘There are some amazing new finds, each with their own unique qualities and potential for humanity.’

One of the unusual discoveries was a toadstool growing near Heathrow Airport, hidden between trees next to a reservoir.

Fungi expert Andy Overall named the fungi, which was confirmed by DNA sampling as new to science, Cortinarius heatherae, after his wife Heather.

‘It’s reddish-brown, doesn’t blow your socks off to look at, but it’s a special thing,’ Overall told BBC News.

The other five UK fungi were found in Devil’s Dyke, Sussex, a wood near Barrow-in-Furness, at Caithness in the Scottish Highlands and two in the Black Wood of Rannoch.

These six species are all web cap fungi, so called because they are covered by threads that resemble spiders’ webs.

Web caps are important for the health and growth of oak, beech and birch trees, supplying them with important nutrients.

The discoveries by Kew scientists make up a significant proportion of the total species found each year, which is roughly 2,000 annually.

British researchers also found some promising new species, including a Peruvian sweet potato-like plant long eaten by locals, a bizarre scaly shrub that lives in the dry deserts of Namibia and a Brazilian pineapple relative, which grows on limestone cliffs and is pollinated by hummingbirds.

But researchers have warned that climate change and unsustainable practices could pose a threat to any new species being discovered in the future.

‘The bleak reality facing us cannot be underplayed: with two in five plants threatened with extinction, it is a race against time to find, identify, name and conserve plants before they disappear,” said scientist Martin Cheek.

The Brazilian pineapple-like bromeliad is under threat because the limestone cliffs on which it grows is an ingredient in cement manufacturing, while the blueberry relatives in Indonesian New Guinea grow perilously close to a goldmine.