Apple Watch Series 6 review: A health lab on your wrist 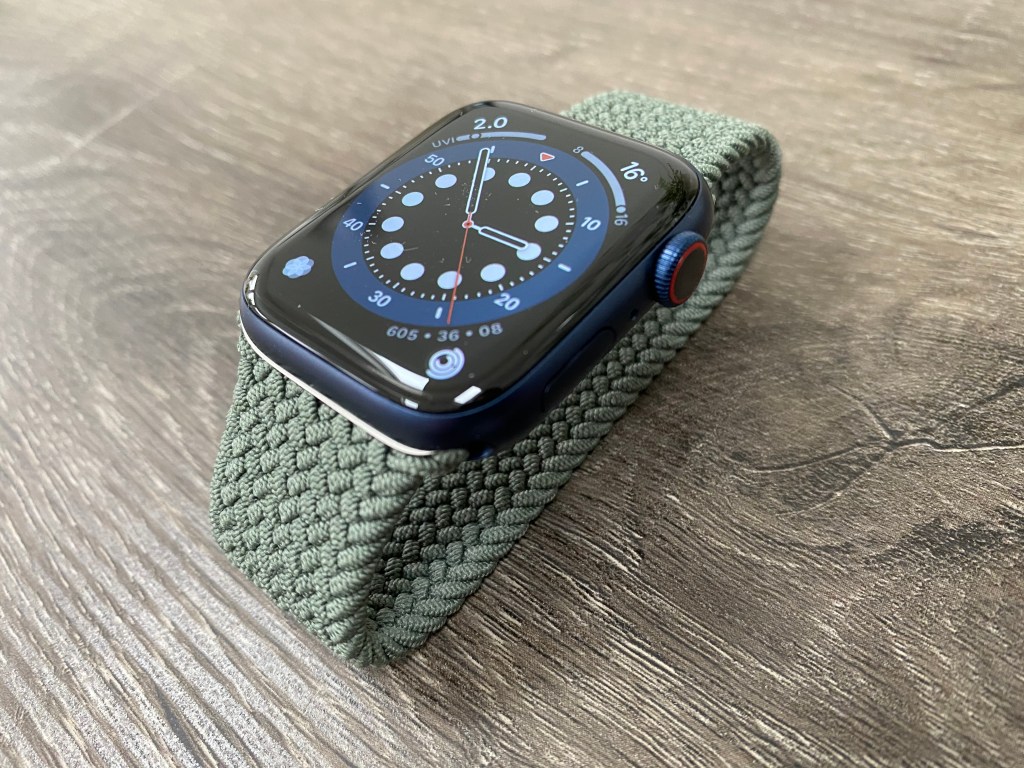 Apple’s sixth iteration of the Apple Watch continues to refine and improve a product which, the company says, already outsells the entire Swiss watch industry by itself.

It’s not hard to fathom why. The Apple Watch, like the AirPods, is an almost perfect extension of the iPhone that millions of people carry around in their pockets every day.

And while last year’s Apple Watch Series 5 seemed like a pretty important update, the Series 6 seems to be more iterative in scope.

The predominant new feature is a blood oxygen sensor. It sits alongside a faster processor as the main reason to buy this new watch. If you’ve got a Series 5 then there’s no need to update this year. Wearers of a Series 4 and below may want to consider it although for the budget-conscious there’s definitely a temptation to opt for the new Apple Watch SE.

The addition of a blood oxygen sensor is great – yet more metrics that give you more of an insight into your overall health. But when I spoke to Apple about it, the company was cautious to point out it’s not any kind of substitute for proper medical advice and opinion.

It uses red and infrared light to give wearers an insight into their oxygen saturation, or SpO2. This represents the percentage of oxygen being carried by red blood cells from the lungs to the rest of the body, and indicates how well this oxygenated blood is being delivered throughout the body.

The blood oxygen sensor works through a new app that comes on the Series 6 and takes about 15 seconds to give a reading.

‘To compensate for natural variations in the skin and improve accuracy, the Blood Oxygen sensor employs four clusters of green, red, and infrared LEDs, along with the four photodiodes on the back crystal of Apple Watch, to measure light reflected back from blood,’ explained Apple.

So you know your SpO2 rate – great, now what? Well, nothing really. There’s not much at this point you can really do with that information. Except go and see a doctor if it’s dropping down below 90. But by that point, chances are you won’t need a gadget to tell you that things are amiss.

It’s nice to have this extra information, but I’d say it’s not as important to the average wearer as the ECG introduced with Series 5 that can actually tell you if you have an irregular heartrate and potentially affected with Afib.

There are other marginal improvements to the Apple Watch for Series 6 that I immediately noticed while wearing it. For starters, the performance increase is noticeable when jumping in and out of apps and scrolling or tapping my way through menus. The S6 processor inside the Watch Series 6 is 20% faster than the Series 5 and is based on the A13 bionic that sits inside the iPhone 11 Pro.

Secondly, the increase in brightness of the always-on display from 200 nits to 500 nits is really obvious when trying to read the watch in direct sunlight.

Apple Watch also now measures sleep, giving you a breakdown of your sleep patterns and corresponding heart rate. It’s useful – and you can set alarms and wake up/wind down routines that are mirrored on your iPhone. Personally, I’m not a big fan of wearing a watch in bed and would rather opt for a smaller, lighter tracker like the Fitbit Charge 4. But if you regularly sleep with a watch on, you’ll be glad of this feature that brings the Apple Watch in line with other wearables. It’s important to point out this comes through watchOS so is also now available on older Apple Watches.

Even with the new additions of a brighter screen and more sensors, the Apple Watch retains the 18-hour battery life of its predecessor. I found that a night wearing the Series 6 would chew up about 20% of battery, so if you plan to wear it at night you’ll need to figure out a new time to charge it. The good news is Apple has improved charging time. It’ll only take about an hour and a half to juice the watch back to full charge from empty.

New to the party is also an altimeter – pretty cool, but only insofar as it makes fitness tracking more accurate. Like the Noise level feature, I don’t tend to fire it up just for the sake of it, but if it’s baked into apps and features to make them better overall then great.

If you care to get into it, there’s all kinds of health features you can unlock through combining the Apple Watch with Apple’s Health app on the iPhone. Things like Cycle Tracking for women or general nutrition and mindfulness can be explored through the Watch’s app store and linked to the app.

You may not be all that interested in fitness but want the Apple Watch as an extension of your iPhone. The symbiosis between the two isn’t matched by any other wearable and phone combo you care to mention. You can tailor notifications and add quick replies from your wrist, as well as pay for things using Apple Pay and control music. You can even ping your iPhone to call out from wherever you’ve misplaced it.

Android users will understandably want to look elsewhere (such as the recently released Fitbit Sense) but for iPhone users the Apple Watch has become more beneficial with each iteration. There’s also a few more colours and straps to choose from with the Series 6. As well as the previous silver, black and rose gold you can now also get it in blue or Product(RED). Apple has also created a new type of strap called a Solo Loop that’s made from one piece of silicon (or Polyester yarn braided around silicone thread) without any buckles or adjustments. It’s a lovely strap, but at £99 each, sure to raise a few eyebrows.

In summation then, the Apple Watch Series 6 is pretty much a health lab on your wrist. If you’re an iPhone user then it’s a valuable accessory but only if you’re looking to buy your first or upgrade from a Series 4 or earlier. Similarly, if you’re not so much into fitness and looking for your first Apple Watch then I’d strongly suggest taking a look at the Apple Watch SE or even the Series 3 to save yourself some cash.

A few lingering questions are left for me over how I’ll use or make sense of all the health data the Apple Watch spits out every day. Although it’s worth pointing out that if anyone plans on getting Apple’s Fitness Plus subscription then the Apple Watch will really come into its own – providing real-time stats on your workout as you progress.

In the meantime, given the ongoing limitations of daily life under Covid-19, I’m happy to have reliable data to keep on top of my physical and mental health. The Series 6 may be an incremental upgrade over last year’s Apple Watch but it still remains the best smartwatch on the market.

The Apple Watch Series 6 is available to buy now from Apple with prices starting at £379 for the aluminium case and rising to £699 for the stainless steel casing.