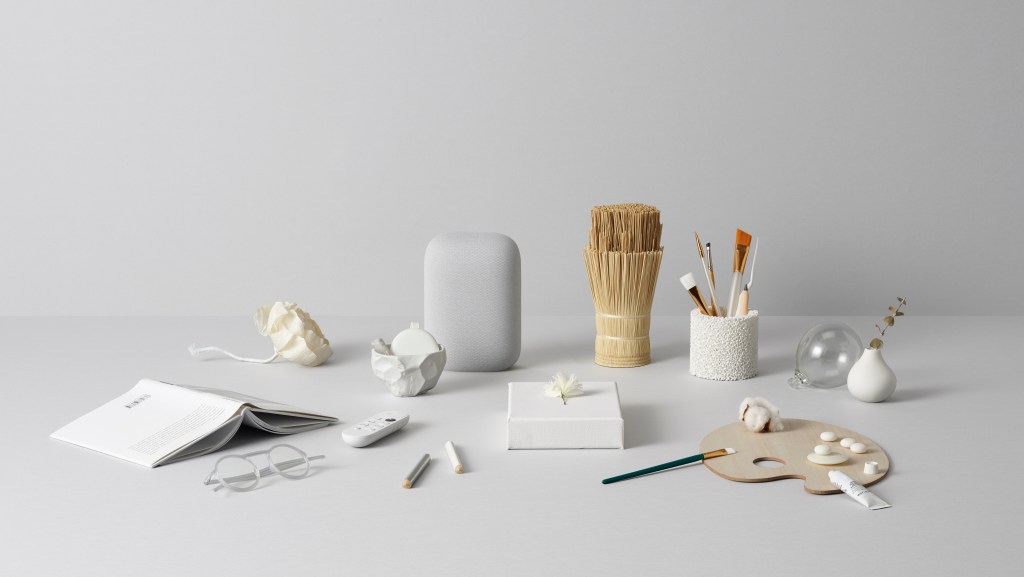 Google has revealed the newest version of its Chromecast and Nest smart speaker products at a virtual event this evening.

Alongside a new version of the Pixel phone, the tech giant announced the Chromecast with Google TV dongle and Nest Audio speaker.

One of Google’s more under-reported success stories, the Chromecast paved the way for turning regular TVs into ‘smart’ sets. This latest version is built with Google TV at its heart. The platform brings together films, TV shows and other content from across 6,400 apps and subscriptions into one place.

The device plugs into your (no doubt already ‘smart’) TV to give you the option to stream content up to 4K at 60fps. For the first time Google is including a remote control with the Chromecast. It has a designated Google Assistant button so you can use voice commands to control what’s on the screen.

Part of the draw of the Chromecast is its affordability and the new Chromecast with Google TV will cost £59.99 and comes in a choice of three colours: Snow, Sunrise and Sky.

Alongside the visual is the audio and Google’s new Nest Audio speaker. The new entry into the company’s smart speaker line-up is an upstanding little gizmo covered in fabric made from 70% recycled plastics.

It replaces the original Google Home speaker that Google released back in 2016 and contains the well-known four LED lights on the front representing the Google Assistant.

There are several different colours to choose from, including dark gray, light gray, green, pink and blue.

According to Google, the new Nest Audio speaker boasts a 50% stronger bass response than the original Google Home and is 75% louder. Inside the minimalist fabric covering is a a 19mm tweeter and a 75mm mid-woofer.

Naturally, the new Google Nest Audio will go up against Amazon’s new Echo smart speakers. The Nest Audio is available to pre-order now for £89.99.