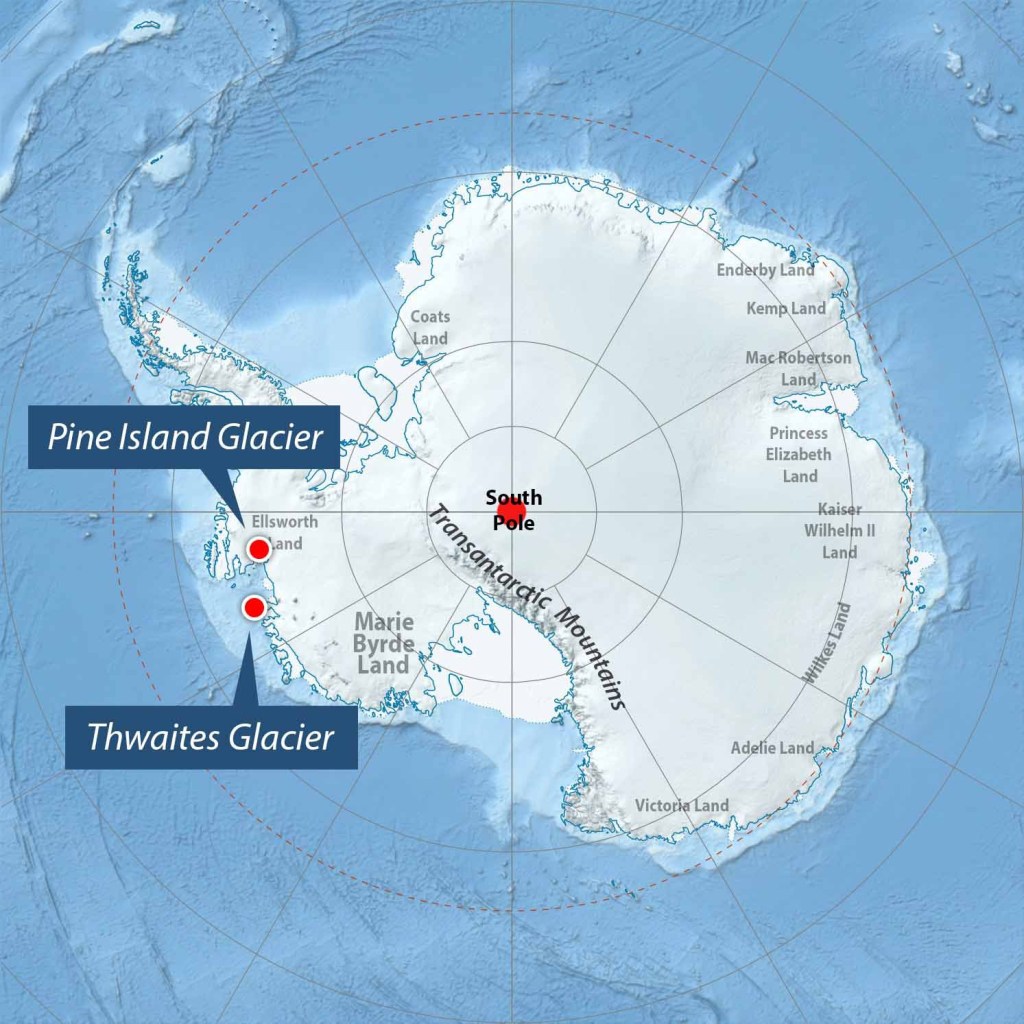 Two of Antarctica’s most important glaciers are continuing to decline at a terrifyingly rapid pace.

New satellite imagery shows the rate at which climate change is altering the ice and it has experts very worried indeed.

‘To reveal what’s really going on at Pine Island and Thwaites, we dug into imaging data from a number of different satellites,’ said geoscientist Stef Lhermitte of the Delft University of Technology in the Netherlands.

‘We found structural damage at the “shear margins” of the glaciers’ ice shelves, where the ice transitions from fast- to slow-moving — large crevasses, rifts and open fractures that indicate that the ice shelves are slowly tearing apart.’

‘Currently, the ice shelves are a little like a slow car in traffic — they force anything behind them to slow down. Once they’re removed, ice sitting further inland will be able to speed up, which in turn will cause sea levels to rise even faster.’

Between them, the Thwaites and Pine Island glaciers are responsible for 5% of global sea rises to date. Together the dynamic glaciers make up an area roughly the size of Norway.

If they were to vanish altogether – a worrying likelihood due to warming waters – the results would be catastrophic. Experts believe that global sea levels would rise 3.3 feet.

Satellite data from various missions was collected to analyse the loss. This included the European Space Agency’s CryoSat and Copernicus Sentinel-1, as well as the NASA/USGS Landsat program and the Japanese ASTER instrument aboard NASA’s Terra satellite.

The full findings of the resulting study were published in the Proceedings of the National Academy of Science.

‘As the glaciers fracture at their weak points this damage speeds up, spreads, and weakens more of the ice shelves, causing further deterioration — and making it more likely that the shelves will start crumbling apart even faster.’

PrevPreviousApple Watch Series 6 review: A health lab on your wrist
NextWhen is Harvest Moon 2020 and how to watch the October full moon in the UKNext