Apple records best ever quarter as profits soar during pandemic 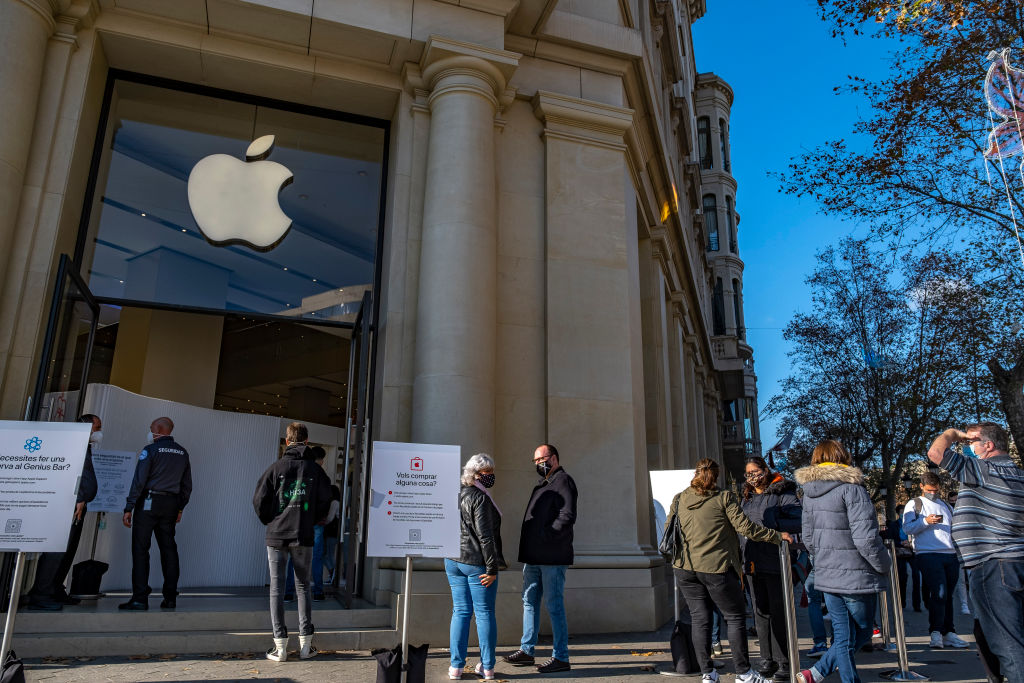 Despite a coronavirus led recession in the UK and US, Apple finished last year with its most profitable quarter ever, as sales of iPhones, iPads and Macbooks boomed.

That’s a 29% increase from the same period last year.

The Christmas period has always been an important time for Apple, with 30% of sales coming from the end of the year – but 2020 was enhanced by huge sales of the newest iPhone.

iPhone sales alone were at $65.6 billion for the quarter, a 17% increase year-on-year.

In previous years, Apple rolled out its new iPhones in late September, resulting in a spike in sales in an earlier quarter.

But analysts also believe the past quarter’s sales surge was driven by consumers’ strong desire to own one of the new models.

If true, Apple could be on its way to its biggest year of iPhone sales since its 2014 release of the iPhone 6, which tantalised consumers with larger screens.

As the pandemic has pushed people to spend more time online, there has been increased demand for internet-capable devices, as well as an increase in many people’s disposable income from work-from-home savings.

More than 1.65 billion people use Apple devices globally – a billion of that number iPhones.

After the release of the new suite of iPhone 12 phones last year, Apple executives saw a record number of people switch to the company or upgrade to newer models.

Growth in China, which has been affected less from the recession, appeared to be particularly strong, boosted by the growth of China’s 5G network.

In the greater China region as a whole, including Hong Kong and Taiwan, sales grew 57%, with sales growing 17% and 11% in Europe and America respectively.

Sales in the firm’s greater China region, which includes Hong Kong and Taiwan, jumped 57%. In Europe, sales roles 17%, and they rose 11% in the Americas.

Apple chief exectuive Tim Cooke said: ‘We’re gratified by the enthusiastic customer response to the unmatched line of cutting-edge products that we delivered across a historic holiday season.’

‘We saw the largest number of upgraders we have ever seen in any quarter,’ Mr Cook added, signalling many of the buyers have been snapping up the most expensive top-of-the-line models.

Apple is selling a lower-priced version of the iPhone 12, while also continuing to sell a discount model that came out last April during the early stages of the pandemic.

A question remains whether Apple will be able to keep up with the iPhone demand. Some processors and other components may still be in short supply as factories continue try to catch up with the backlog caused last year’s pandemic-driven shutdowns

Though Apple’s shares dropped 2% overnight, they have risen 84% over the past 12 months.

In another measure of Apple’s financial heft, the company earned nearly 29 billion dollars (£21.25 billion) in its latest quarter, a 29% increase from the same time in the previous year.

A portion of a panorama made up of individual images taken by the Navigation Cameras, or Navcams, aboard Nasa’s Perseverance Mars rover (Reuters) After finding
Read More »
26 February 2021 No Comments

Stock trading apps: how do they work and which should you use?