Another universe existed before the Big Bang, says Nobel winner 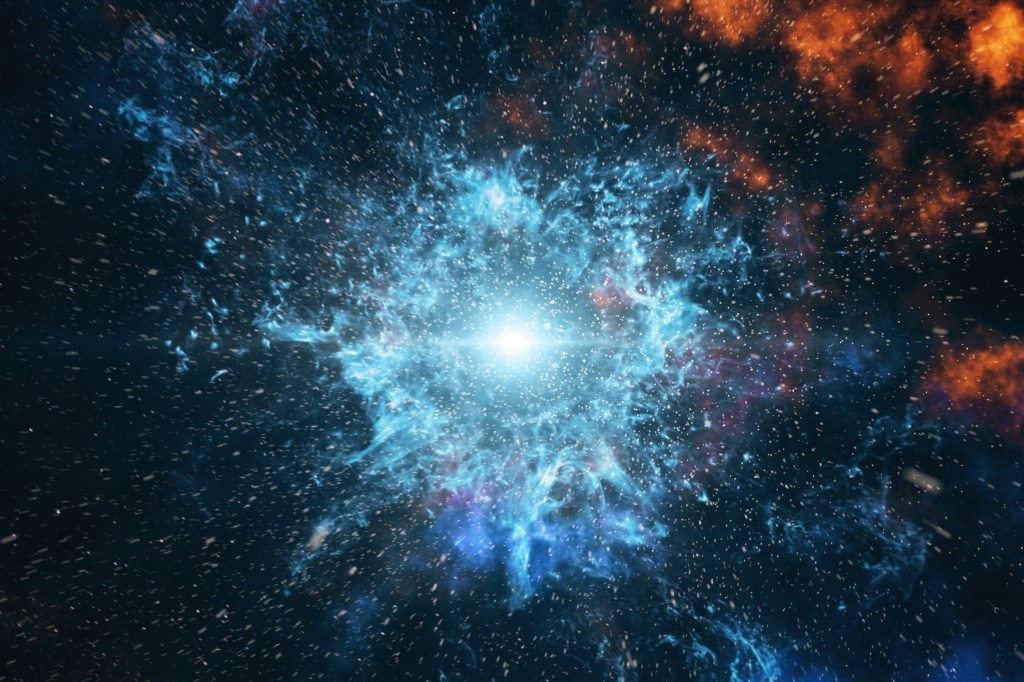 Sir Roger Penrose has claimed there was another universe that existed before the Big Bang, and black holes could provide the proof.

The 89-year-old scientist has been awarded the Nobel Prize for Physics for a paper explaining how black holes form. He used Einstein’s Theory of Relativity to prove that black holes exist and now he says they hold the key to evidence of a prior universe.

Sir Roger claims there are ‘unexplained spots’ of electromagnetic radiation dotted across the sky. He calls these ‘Hawking Points’ and says they are remnants of the universe that existed before the Big Bang.

Penrose says these points are proof of the ‘conformal cyclic cosmology’ theory of the universe that suggests the Big Bang merely marks the end of one universe and the start of another universe – also known as an ‘aeon’.

While he admits the theory is controversial, Sir Roger also points out that the idea of black holes was once controversial but is now an accepted part of science.

Under Penrose’s theory, Hawking Points are the final expulsion of energy – known as Hawking radiation – that is transferred by black holes from the previous universe.

The theory effectively states that universes develop, expand and die in sequence, with black holes in each one leaving a mark on the universe to follow.

It is unknown exactly how long these black holes would take to fully evaporate – and under this theory stop leaking radiation from the older universe – but it is thought to be considerably longer than the 13.8 billion years our universe has been around.

‘I claim that there is observation of Hawking Radiation. The Big Bang was not the beginning. There was something before the Big Bang and that something is what we will have in our future,’ Penrose told The Telegraph.

‘We have a universe that expands and expands, and all mass decays away, and in this crazy theory of mine, that remote future becomes the Big Bang of another aeon.’

Earlier this week, the Royal Swedish Academy of Sciences made the announcement that Sir Roger, along with two others, would receive the Nobel Prize for Physics. He will take home half of the 10 million Swedish kronor (£864,000) prize, with the other two winners splitting the other half.

Sir Roger, who was born in Colchester in 1931, used ‘ingenious mathematical methods” in his proof that black holes are a direct consequence of Albert Einstein’s general theory of relativity, the committee said.

It added that Einstein did not himself believe that black holes – super-heavyweight monsters that capture everything that enters them – really exist.

In January 1965, 10 years after Einstein’s death, Sir Roger, Emeritus Professor at the Mathematical Institute of the University of Oxford, proved that black holes really can form and described them in detail – at their heart, black holes hide a singularity in which all the known laws of nature cease.

The panel said: ‘His groundbreaking article is still regarded as the most important contribution to the general theory of relativity since Einstein.’