An entire ‘digital home’ sold for £360,000 in cryptocurrency 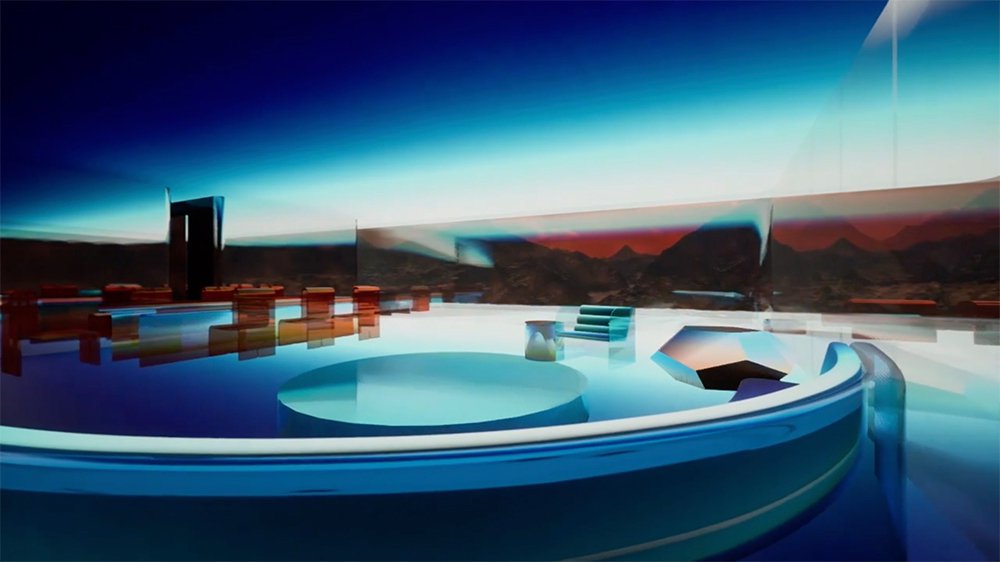 It’s not any kind of spectacular Minecraft construction, either. Instead, it’s the latest sale of a non-fungible token (NFT) to take place on the web.

The ‘digital home’ is set within a Mars-like landscape.

It was designed by Toronto artist Krista Kim with the help of an architect and video game software.

And now, it’s new owner is free to wander the virtual hallways, spend time in any of the virtual rooms and look out at the virtual landscape.

All for the price of a London flat.

SuperRare, a marketplace for NFTs described the ‘Mars house’ as the ‘first NFT digital house in the world’.

In exchange for their $500k, the new owner gets a digital certificate of ownership, recorded on the blockchain.

Kim described the open-plan house, which overlooks a mountain range, with floor-to-ceiling glass walls, as a ‘light sculpture’.

So while we can look at pictures of the Mars house, or even enjoy the video tour above – we don’t actually own it.

What is an NFT?

Using the same technology as a cryptocurrency like bitcoin, an NFT is a way of ascribing value and scarcity to a digital asset.

It means that a single song, image, video, social media post or other form of digital good can be tagged with a unique identifier that allows it to be traded – often for cryptocurrency.

In theory, it means that while copies of a particular digital file can be made and distributed, there will always be an authentic original file with traceable ownership.

The blockchain protocol, though wrapped in complicated maths and terminology, is a publicly available document that proved no two NFTs are the same. If you owned an NFT, it was indisputably yours.

Anthony Hamer-Hodges, Programme Leader – Music Business Management at London College of Creative Media (LCCM), told Metro.co.uk: ‘The current hype around NFTs is interesting as it demonstrates these essential economic principles of scarcity, value, supply and demand whilst simultaneously being much harder to pin down.’