Advanced satellite can peer through clouds and into buildings 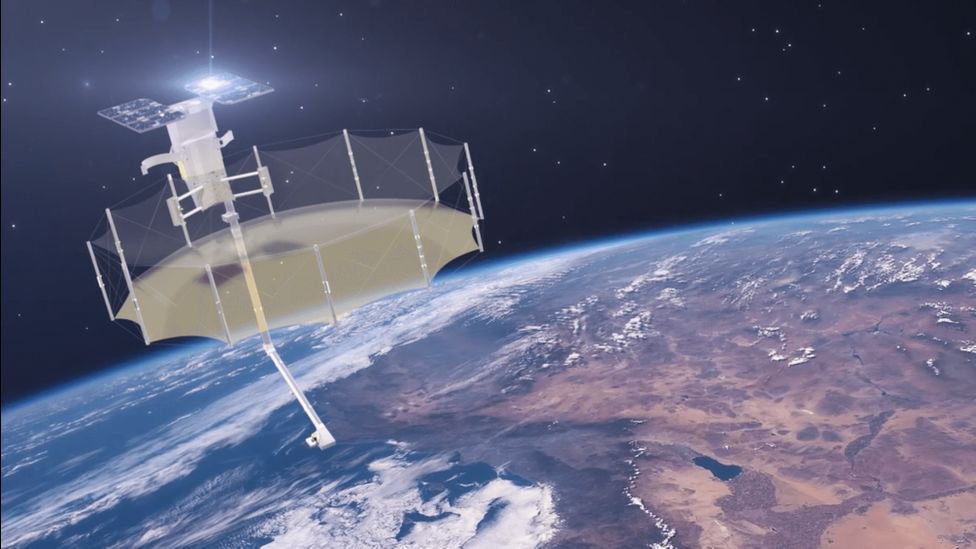 A new kind of satellite is able to peer through cloud cover and, in some cases, even inside buildings.

The satellite was launched several months ago by a company called Capella Space and this week it was opened up for use by governments and private companies.

Instead of optical imaging, it uses a process called synthetic aperture radar (SAR) that beams down a powerful radio signal to its target. The satellite then collects and interprets the signal as it bounces back to create the image.

It’s a bit like the echolocation process used by dolphins and, in the case of this satellite, it can penetrate building walls and identify rooms inside.

But it also gives the satellite the ability to peer down at the Earth at nighttime or during cloudy days and see what’s going on.

‘It turns out that half of the world is in nighttime, and half of the world, on average, is cloudy,’ Capella Space CEO Payam Banazadeh, a former system engineer at the NASA Jet Propulsion Laboratory, told Futurism.

‘When you combine those two together, about 75 percent of Earth, at any given time, is going to be cloudy, nighttime, or it’s going to be both. It’s invisible to you, and that portion is moving around.’

The tech in its current state could be used for scientific endevours like peering through rainforest canopies or monitoring weather patterns. However, one particular US law prevents the images from being too high quality due to privacy concerns.

PrevPreviousScientists find remains of giant ‘rat’ that lived 66 million years ago
NextUrsids meteor shower UK 2020: When does it peak and how to see it?Next