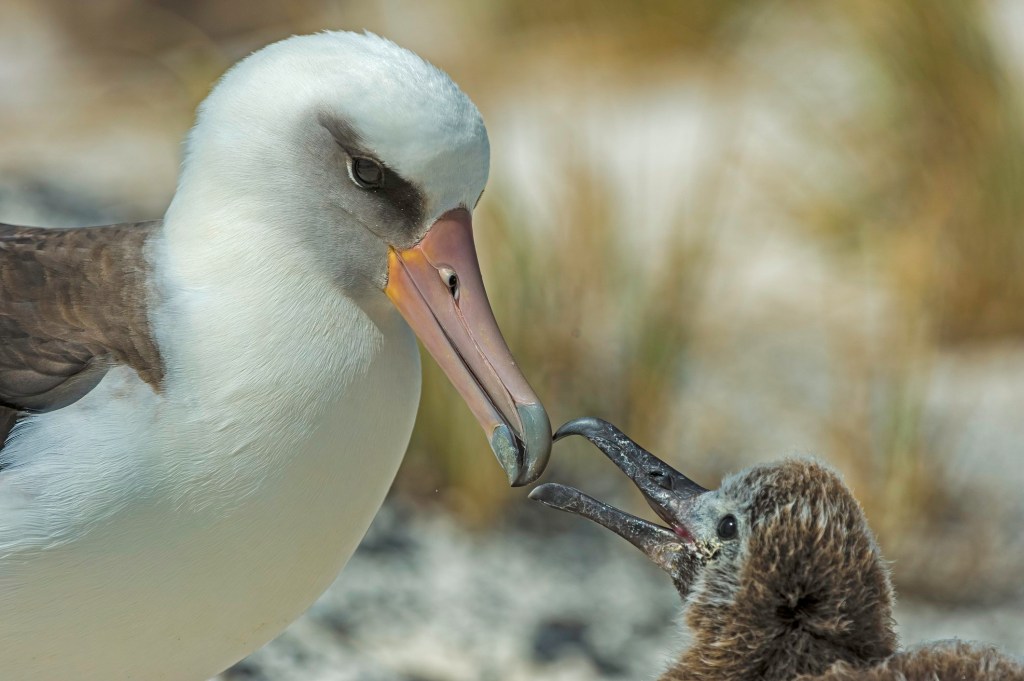 The world’s oldest known living bird has become a parent at the ripe old age of 70.

The fittingly-named Wisdom is a laysan albatross that was first recorded by scientists way back in 1956. She was estimated to be five years old at the time – the age at which these birds reach sexual maturity.

Last month, Wisdom hatched what is believed to be her 40th chick.

The baby emerged on the Midway Atoll, a tiny US territory 1,300 miles northwest of Hawaii in the Pacific Ocean.

The sea bird’s advanced age may be double or triple the expected life span for a Laysan albatross, but biologists are still gathering information and learning about the species.

Wisdom holds the record as the oldest wild specimen documented during the 90-year history of the U.S. and Canadian bird-banding research program.

She has been raising chicks with her current mate, named Akeakamai, since at least 2010, according to the US Fish and Wildlife Service (USFWS).

Since being tagged back in the fifties, the albatross has logged about 3 million flying miles, the equivalent of six round trips to the Moon.

‘It’s really exciting to see that these birds are long-living and still raising chicks at 60 years old or older,’ said John Klavitter, USFWS biologist, who spotted Wisdom with her chick in February.

The chick, whose gender is unknown at present, is doing well. Wisdom and Akeakamai are taking turns feeding it, Klavitter said.

The laysan albatross species generally mates with one partner for life and lays only one egg at a time. But scientists do not know whether Wisdom has had the same mate for all these years.

Nineteen of the 21 albatross species are listed as threatened with extinction from a variety of causes, including lead poisoning on Midway Atoll, injuries from longline fishing, climate change and ingestion of garbage floating on the ocean.

An estimated five tonnes of plastic are unknowingly fed to albatross chicks by their unsuspecting parents each year.