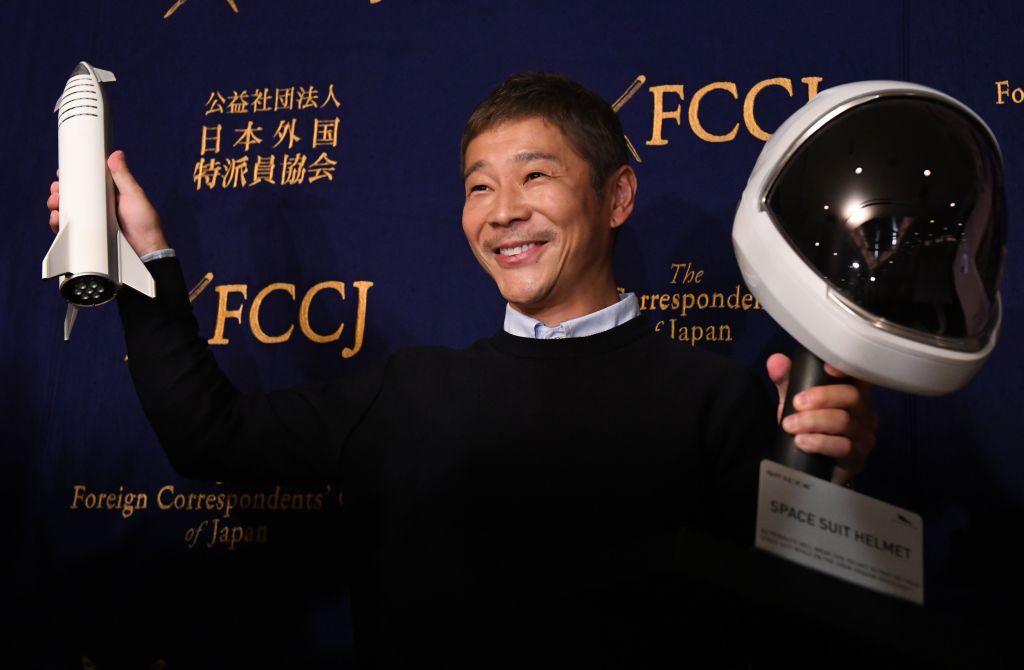 Fancy a trip to the moon with 7 strangers and a Japanese billionaire?

Yusaku Maezawa is launching an international search for eight crewmates to join him on a private spaceflight around the moon on Elon Musk’s SpaceX rocket in 2023.

Maezawa, who made his money in online fashion, is paying for entire cost of the first private trip beyond Earth’s orbit – but he’s looking for some company.

While Maezawa was originally looking for only artists, he has now expanded his search to anyone from around the globe.

‘If you see yourself as an artist, then you are an artist,’ Maezawa said in an announcement.

You don’t have too long to get your application together – the first stage stops taking entries on 14 March. From there, the lucky astronaut will need to pass medical checks and a one-on-one interview with Maezawa.

Last year Maezawa pulled out of another highly publicised search, for a new girlfriend to join him on the moon mission, saying he had ‘mixed feelings’.

The trip will be on SpaceX’s next-generation reusable launch vehicle, Starship. While two prototypes have recently exploded on landing during recent testing, Musk is confident that the mission will go ahead by 2023.

‘Elon Musk says there is no problem and I believe him,’ said Maezawa.

‘I thought there might be delays, but everything is on schedule,’ Maezawa added.

Despite recent testing troubles, SpaceX has had success in transporting astronauts to outer space.

In November 2020, the rocket company boosted four astronauts to the International Space Station (ISS). Musk has been open about his desire to send astronauts much further, saying he wants to send people ‘further than any human has ever gone from Planet Earth’.

Japanese entrepreneur Maezawa, who made his billions selling online fashion business Zozo to Softbank in 2019, hasn’t started training for the voyage yet, but expects it to take a maximum of a few months.

So far, he has only prepared by cutting down on booze, exercising and thinking intensely about the mission.

Maezawa initially only planned to travel to the ISS, but changed his mind to go to the far side of the moon, which he said will be a ‘highlight’ of the trip.

Musk and Maezawa are, in some ways, alike: both have built huge social media followings, with Maezawa’s famous cash giveaways, making him Japan’s most followed Twitter account.