Workout with tech: Why 5G fitness is a thing 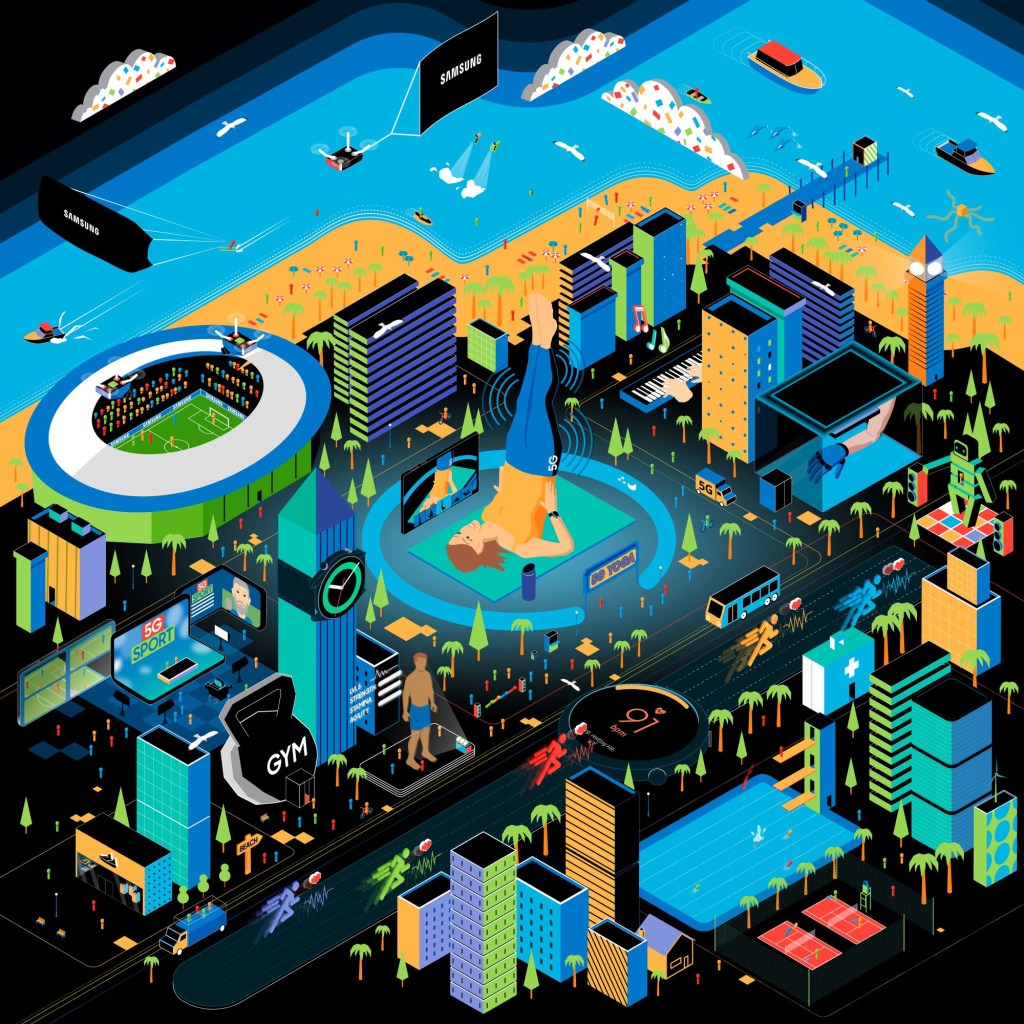 ‘There are haptic yoga pants with sensors, so the pants basically talk to you, buzzing you into the right position,’ says mathematician Dr Hannah Fry.

‘Smart’ yoga pants which teach wearers how to do the downward dog are just one of the weird and wonderful new health technologies explored by Hannah and co-presenter comedian Suzi Ruffell in a new podcast on 5G-powered tech, ‘Whatever Next?.’

In the health and fitness episode, Hannah and Suzi explore how 5G is changing the way we keep fit, and even saving lives, with technologies from smart swimsuits to powered exoskeletons.

Suzi says, ‘The yoga pants are genuinely so useful, because you don’t necessarily always want to be in a class with lots of people. It’s like your pants are teaching you yoga.’

Hannah and Suzi also learn how 5G is about to spark a revolution in televised sport – and meet inventors who are bringing hope to people with severe injuries.

‘There is some life saving and life changing technology out there at the moment,’ Hannah says.

Prosthetics are getting smarter, with new devices allowing completely paralysed people to reach out and grasp a bowl via mind-reading technology.

Hannah says, ‘Prosthetics aren’t new, they’ve been around since literally the Dark Ages. But recently they have got very clever, they’ve started to work by reading signals from your brain or nerves.’

Hannah and Suzi learn about the latest advancements in smart prosthetics with AI and neuroscience expert Dr Aldo Faisal of Imperial College London.

Suzi says, ‘In the near future, prosthetics will be able to communicate with their environment and learn the context of where they are.

‘So someone could be at a station platform and their wheelchair could tell the train to extend a ramp for them to board the train.’

Hannah talks to Carolyn Jones, director of Anatomical Concepts, a company which makes an exoskeleton which can help people walk again.

‘There are many things in my daily life that I know I take for granted but I had never thought about the importance of something simple like standing,’ says Hannah.

The powered hip-knee exoskeleton helps people with injuries to learn how to walk again.

Hannah says, ‘Carolyn is using these exoskeletons to help people who have lower-limb paralysis or injuries to walk again.’

‘Physical rehabilitation to help people to learn to walk again has existed for a long time, but often involves a lot of people and can be exhausting.

‘The Indego exoskeleton that Carolyn uses can help fast track the process by removing that need for several therapists to support you, and allowing them to fine tune the assistance it gives you when learning to walk so that you can gradually reduce it as your body becomes stronger.’

In the future, other exoskeleton devices will allow people in physically demanding jobs to work without risking their health, Hannah says.

Hannah says, ’There are many people who have jobs that are extremely hard on their bodies and have to retire early.

‘Having something like an exoskeleton can not only allow them to work longer but also have a better quality of life after retiring.’

Hannah and Suzi explore the outer limits of new fitness wearables, including a swimsuit which warns you if you’re about to get sunburnt, and a sticker which can help people correct their posture.

‘It tracks your posture and tells you when your back is in an awkward position,’ says Hannah.

Suzi and Hannah test out a watch which measures their ‘body age’, by measuring how fast they consume oxygen (a reading known as ‘VO2 max’).

Hannah says, ‘It can reveal your real fitness age, and whether it’s higher or lower than average.’

Hannah and Suzi speak to an engineer who was inspired to use virtual reality for rehabilitation, after suffering a work accident herself.

Hannah says, ‘They use this tech to rehabilitate and treat people suffering from neurological upper limb mobility limitations or balance issues.

‘So we are talking about stroke patients or people with a spinal cord injury. It can even be used for patients with multiple sclerosis or ALS.’

Listen to ‘Whatever Next?’ on your smart speaker or smartphone via Google Podcasts, Spotify and Apple.