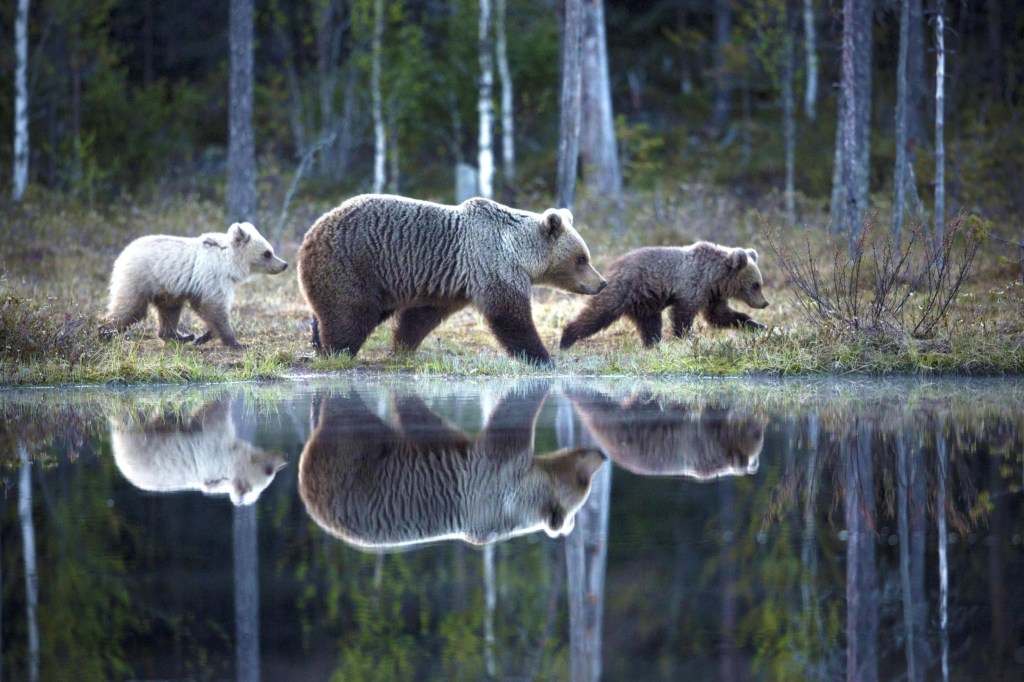 Animals as well as humans are getting stressed about climate change, according to new research.

A study analysing hormones in their fur has revealed that wildlife is feeling the pressure of deforestation and the destruction of their habitat.

Researchers who analysed the samples from South American rodents and marsupials living in the Atlantic Forest discovered their coats were brimming with stress chemicals.

Those living in areas hit by deforestation showed the highest levels while their counterparts in pristine forests were far more relaxed.

Professor Noé de la Sancha, a research associate at the Field Museum in Chicago and Associate Professor of Biology at Chicago State University, was part of the team behind the study.

He said: ‘We suspected that organisms in deforested areas would show higher levels of stress than animals in more pristine forests, and we found evidence that that’s true.

‘Small mammals, primarily rodents and little marsupials, tend to be more stressed out, or show more evidence that they have higher levels of stress hormones, in smaller forest patches than in larger forest patches.’

A research team ground fur into a powder and used enzymes which bind to a stress hormone called glucocorticoid to find out how much the strands had stored.

Unlike in blood, where hormone levels change second-by-second, hair or fur holds on to the chemicals – showing levels over a longer period of time..

Stress in small doses is a normal reaction to the environment. But deforestation has put animals in greater competition with each other and exposes them to predators more often – meaning they are constantly on edge.

Dr David Kabelik, an Associate Professor of Biology and Chair of the Neuroscience Program at Rhodes College in Tennessee, USA, said: ‘A stress response is normally trying to bring your body back into balance.

‘If something perturbs you and it can cause you to be injured or die, the stress response mobilises energy to deal with that situation and bring things back into a normal state. It allows you to survive.

‘But then these animals are placed into these small fragments of habitat where they’re experiencing elevated stress over prolonged periods, and that can lead to disease and dysregulation of various physiological mechanisms in the body.’

But animals being stressed can affect the wider environment too.

The research team say stressed creatures are more likely to carry viruses and diseases which could be passed on to humans.

Prof de la Sancha added: ‘If you have lots of stressed out mammals, they can harbour viruses and other diseases, and there are more and more people living near these deforested patches that could potentially be in contact with these animals.

While global attention is usually fixed on the Amazon Rainforest, the continent’s Atlantic Forest has seen huge deforestation to make way for cattle raising, soy farming, or cut down for firewood.

In this study, the researchers focused on patches of forest in eastern Paraguay, which has been particularly hard hit in the last century as the region was clear-cut to make way for human activity.

Their findings were published in the journal Scientific Reports.