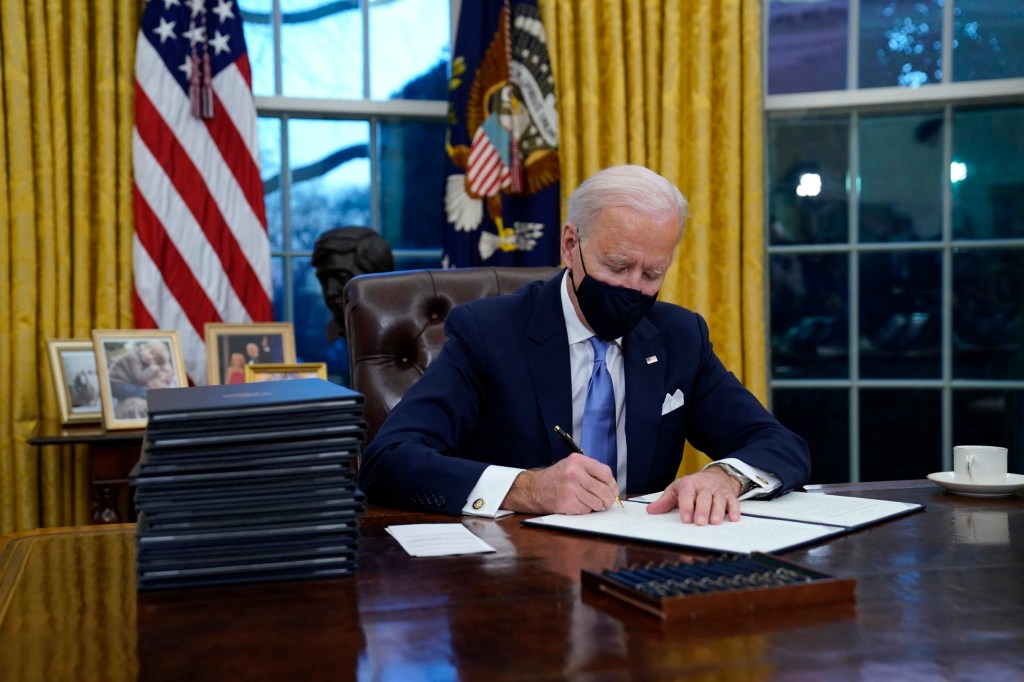 In one of his first official acts as president, Joe Biden has worked to reverse Trump’s stance on climate change.

President Biden has signed an executive order to rejoin the Paris Agreement on climate change that the United States left back in November.

The president has also brought the largest team of climate change experts ever into the White House and signaled it will be an important part of his administration.

Biden has also targeted Trump’s environmental record, calling for a review of all regulations and executive actions that are deemed damaging to the environment or public health.

The incoming president will also cancel the permit for the construction of the Keystone XL pipeline from Canada to the US.

The pipeline planned to carry crude oil nearly 1,200 miles (1,900km) from the Canadian province of Alberta down to Nebraska, to join an existing pipeline.

Environmentalists and Native Americans have fought the development for nearly a decade and although work had been halted under Obama, it was restarted in 2019 by Donald Trump.

Back in November, Biden unveiled John Kerry as the first ever US secretary for climate change.

Kerry’s official title is special presidential envoy for climate, with Biden saying his appointment was aimed at tackling ‘one of the most pressing threats of our time.’

What is the Paris Agreement?

The Paris Agreement was a global pact forged in 2015 designed to reverse the damaging effects of climate change on the planet.

At present, 189 countries have ratified the accord, which aims to keep the increase in average temperatures worldwide ‘well below’ 2C, ideally no more than 1.5C, compared with pre-industrial levels.

A further six countries have signed but not ratified the pact.

The Paris accord requires countries to set their own voluntary targets for reducing greenhouse gases such as carbon dioxide, and to steadily increase those goals every few years.

The only binding requirement is that nations have to accurately report their efforts.

‘The beauty of this system is that nobody can claim they were bullied into some sort of plan,’ said Nigel Purvis, a former US climate negotiator in the administrations of presidents Bill Clinton and George W Bush.

Why is the Paris Agreement important?

Scientists say any rise beyond 2 degrees Celsius could have a devastating impact on large parts of the world, raising sea levels, stoking tropical storms and worsening droughts and floods.

The world has already warmed 1.2C since pre-industrial times, so the efforts are really about preventing another 0.3C to 0.7C warming from now.

The US is the world’s second biggest emitter after China of heat-trapping gases such as carbon dioxide and its contribution to cutting emissions is seen as important.