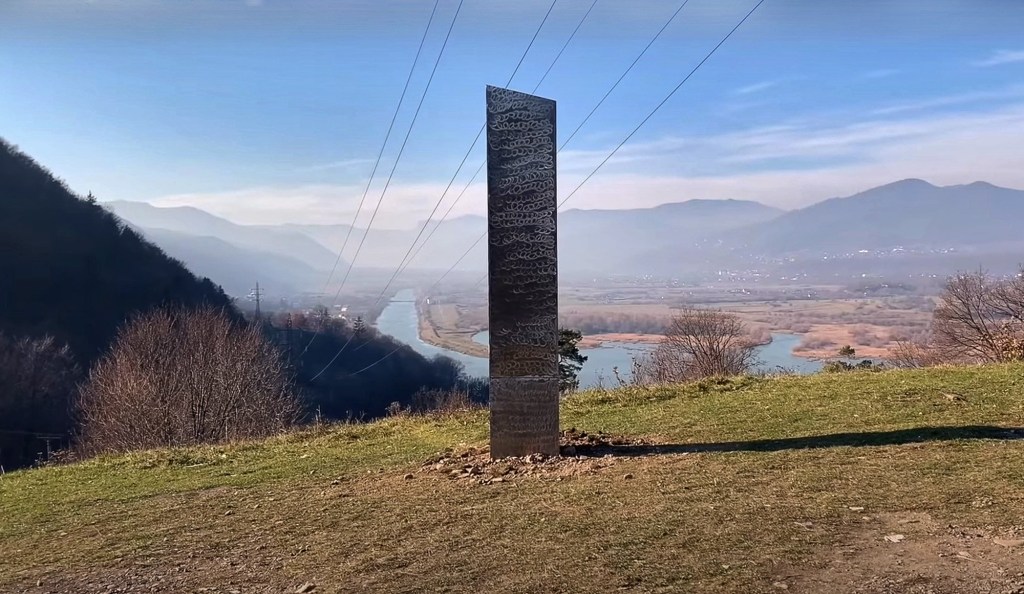 A giant metal monolith almost identical to the one found in Utah last month has appeared in Europe.

Discovered in Romania on November 26, this new find appeared a day before the structure in Utah vanished without trace.

This new monolith was spotted on Batca Doamnei Hill in the city of Piatra Neamt in Romania’s north-eastern Neamt County. According to authorities, the owner of the property is unknown.

It’s also unknown who or what erected this latest monolith, but the Romanian officials said whoever did put it up should have sought permission from the country’s Ministry of Culture.

It was spotted a few metres away from the well-known archaeological landmark the Petrodava Dacian Fortress, a fort built by the ancient Dacian people between 82 BC and AD 106.

The shiny triangular pillar stands about 13-foot tall and bears a striking resemblance to the one found in the Utah desert.

That, in turn, resembles the famous monolith left behind by a race of aliens in Stanley Kubrick’s science fiction film 2001: A Space Odyssey.

The appearance of the monolith in Utah sparked speculation it could have been placed there by aliens although a more likely story is it was put there by pranksters and fans of Kubrick’s film.

Just as mysteriously as it appeared, the Utah monolith vanished.

The BLM said the structure, which it described as ‘private property’, had been removed by ‘a person or group’ on the evening of November 27.

It added that any criminal investigation would be handled by the local sheriff’s office.

The exact whereabouts of the monolith was never disclosed by officials but internet sleuths quickly pinpointed its precise location, leading to a number of intrepid sightseers making the difficult journey to see it.

One of those, Matt Misbach, told the PA news agency he arrived early on November 28 to discover it had already gone.

He said: ‘I got there early Saturday morning. When I arrived there were two young men still in their sleeping bags camping at the site. They got there at 2am that morning.

‘The monolith was gone when they arrived.’

He said other observers told him the monolith had still been there the previous evening.

The metal obelisk was around 10 to 12 feet in height and had been embedded into the red earth.