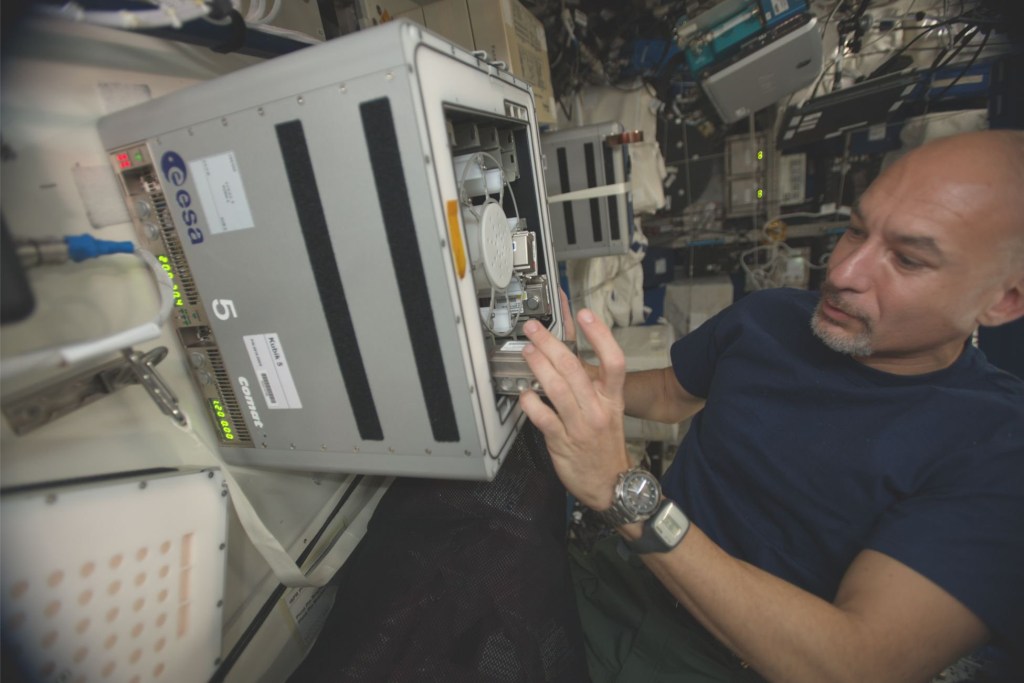 A UK-led mining-in-space experiment, which has the potential to provide resources for future missions to the moon and Mars, is due to take off for its journey to the International Space Station (ISS) on Saturday.

Experiments on the (ISS) have shown that the process of biomining will work in microgravity.

The discovery could help the first space settlers to gather the minerals they need to build a long-term presence beyond Earth.

The BioAsteroid experiment is due to be blasted into orbit on a SpaceX rocket on Saturday at 4.39pm.

It will take up matchbox sized containers carrying asteroid rock.

That will then be used to grow bacteria and fungi in an incubator for three weeks to investigate how gravity affects interaction between the microbes and rock in reduced gravity.

Scientists will investigate how the microbes extract materials from rocks in space.

On Earth, microbes are used in some mining as a friendly way to access metals, they digest the rock and what is left behind are the metals that miners need.

If successful, the method would support efforts to explore the moon and Mars, allowing humans to extract building materials, water or rocket fuel.

Experimenting on the ISS allows scientists to carry out investigations in conditions that cannot be replicated on Earth.

Libby Jackson, human exploration programme manager at the UK Space Agency, said: “If we want to keep exploring space and pushing the boundaries of what is possible, then we will need to make or find the essential elements required to support life.

‘Through our membership of the European Space Agency, UK scientists are able to take advantage of the unique scientific facilities available on the ISS and are at the forefront of efforts to recreate the foundations of life on Earth.

‘The new Bioreactor Express programme, which this experiment forms part of, is going to change the way we are able use this unique laboratory, opening up new opportunities for UK scientists and organisations to undertake science in space.’

Scientists at the University of Edinburgh and Kayser Space, based at the Harwell space cluster in Oxfordshire collaborated on the project.

Professor Charles Cockell, University of Edinburgh, said: ‘To sustain humans permanently beyond Earth we need to get access to useful materials.

‘This experiment advances our ability to do that.

‘It will also yield new fundamental insights into processes that are useful here on Earth, such as biomining and how microbes form biofilms that foul our pipes and industrial plants.’

The experiment is due to launch to the ISS on the SpX-21, a commercial resupply service mission contracted by Nasa and flown by SpaceX using a Cargo Dragon 2.