Motorist spots monolith in the sky near Utah 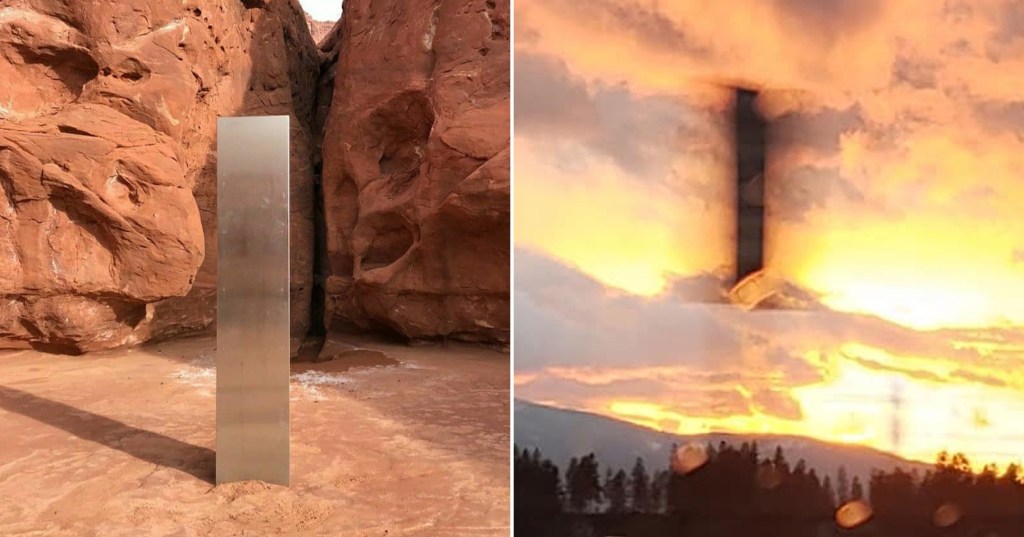 There are a lot of mysterious monoliths cropping up at the moment.

First we had one buried in the desert in Utah, followed by an appearance in Romania and then finally springing up on top of a mountain in California.

Now it seems that monoliths are appearing in heaven itself.

A motorist captured this picture of a ‘monolith in the sky’ while driving near Utah in the United States.

Could it be a coincidence that the original Utah monolith was shamelessly ripped down and carted off only a few days ago? Who knows.

The man responsible for this picture, Jeff Jacobs, was driving home from work in Coeur d’Alene, Idaho – around 800 miles from Utah.

Jacobs decided to pull over and snap some sunset pics for his wife Rena. But the 56-year-old couldn’t believe what appeared in the sky.

‘All of a sudden this rectangle showed up. It was only in the sky for a couple of seconds. It wasn’t there, then it was, and as quickly as it appeared, it was gone again. That quick!’

‘I just thought ‘What the hell is that?’. I’m just a north Idaho boy and we don’t see things like that.

‘A couple of people have suggested it could be the monolith from Utah and it is that type of shape. Utah isn’t that far away from Idaho in the grand scheme of the world, the two states are connected.’

Jeff, your guess at what’s behind this incredible sight is as good as ours.

It was followed by the other two monoliths. And the internet at large is waiting with bated breath to see if and when a fourth monolith appears.