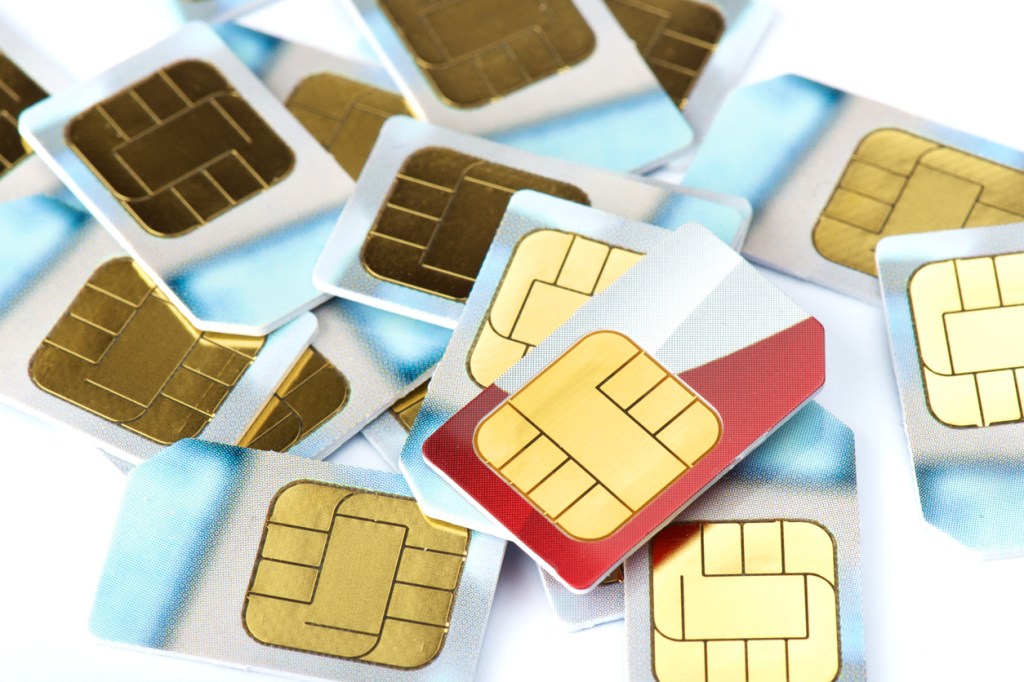 Mobile phone companies will be banned from selling devices ‘locked’ into specific networks, the communications regulator has ruled.

Ofcom said the likes of BT/EE, Tesco Mobile and Vodafone will be told to follow their other big name rivals in only supplying phones which allow customers to switch from one network to another while keeping their existing handset.

The rules will come into effect from December 2021.

Selina Chadha, Ofcom’s connectivity director, said: ‘We know that lots of people can be put off from switching because their handset is locked.

‘So we’re banning mobile companies from selling locked phones, which will save people time, money and effort – and help them unlock better deals.’

Currently, companies such as BT/EE, Tesco Mobile and Vodafone still sell mobile phones which cannot be used on other networks unless they are unlocked. Customers can unlock their phones, although it costs money to do so.

Ofcom said it expects widespread compliance with the new rules, and companies breaking them risk being slapped with heavy fines.

Holly Niblett, head of digital at comparethemarket.com, said: ‘Locked mobile phones, which can only be used with one provider, have long been a source of frustration for consumers.

‘Having a phone locked to one network is a physical and, in some cases, financial barrier to switching provider, with many deterred by the hassle involved in ‘unlocking’ a phone.

‘All too often mobile users fall out of contract with their provider and end up paying over the odds each month, whereas switching to a new fixed-term contract can typically save a customer money on their bill.

‘Any process that makes switching easier is to be welcomed, but it’s a pity that phone users will have to wait until December 2021 for the new rules to be implemented. When the rules are in force, we may see providers compete more intensely for new customers by introducing more competitive prices and packages – a potential win-win for mobile users.’

Here’s everything you need to know about the changes.

Why has this come about?

When buying a smartphone, some sellers ‘lock’ the device to a specific network.

This means that if you later decide to put a new SIM card into the phone from another provider, you will not be able to do things such as make calls, send texts or use data.

Consumers can choose to unlock the device, but it usually requires contacting the network provider or paying a shop to do it for you.

Industry regulator Ofcom – which is responsible for the rule change – says almost half of customers who try to unlock their device experience difficulties doing so, with more than a third of people put off attempting to switch.

Why were providers locking smartphones to their networks?

According to BT – which also owns EE – locking new smartphones protects customers and makes it harder for criminals to commit fraud.

So what do the changes mean?

It means you will be able to put a new SIM into your smartphone whenever you like.

For example, if your contract ends and you decide to keep using the smartphone but opt for a SIM-only deal with another provider, you can do so with ease.

Or if you pass your old handset on to another family member, they too can go with whichever network they like without the fuss of unlocking the device.

However, you will still need to request a PAC code if you want to transfer your mobile phone number to a different SIM and provider.

The changes also mean far shorter waiting times, as it can take a while for the process to be activated via your network provider.

When will the rules come into effect?

The new rules will come in from December 2021.

Which networks will this affect?

It will apply to all networks, although some firms already offer the devices they sell unlocked.

BT/EE, Vodafone and Tesco Mobile are among the names highlighted by Ofcom as still locking smartphones.

BT says it does not charge its customers to unlock their phones at the end of contracts and automatically unlocks handsets wherever possible.

‘We’ll work with Ofcom to comply with its guidelines,’ a spokesman for the firm said.

With Vodafone, it is free to request a network unlock code for most people – once a form has been completed and submitted, the company says it usually unlocks the device within 72 hours.

‘We stand ready to implement these changes, when they come into force,’ Vodafone said.

What is Ofcom and what does it cover?

Ofcom is the regulator for the communications services that we use and rely on each day.

The watchdog makes sure people get the best from their broadband, home phone and mobile services, as well as keeping an eye on TV and radio.

Ofcom deals with most content on television, radio and video-on-demand services, including the BBC. However, if your complaint is about something you saw or heard in a BBC programme, you may need to complain to the BBC first.

Its rules for television and radio programmes are set out in the Broadcasting Code.

The rules in the Broadcasting Code also apply to the BBC iPlayer.

This Broadcasting Code is the rule book that broadcasters have to follow and it covers a number of areas, including; protecting the under-18s, protecting audiences from harmful and/or offensive material and ensuring that news, in whatever form, is reported with due accuracy and presented with due impartiality.

Audiences can complain to Ofcom if they believe a breach of the Broadcasting Code has been made.

Every time Ofcom receives a complaint from a viewer or listener, they assess it to see if it needs further investigation.

If Ofcom decide to investigate, they will include the case in a list of new investigations, published in the Broadcast and On Demand Bulletin.

An investigation is a formal process which can take some time depending on the complexity of the issues involved.

Ofcom can also launch investigations in the absence of a complaint from a viewer or listener.