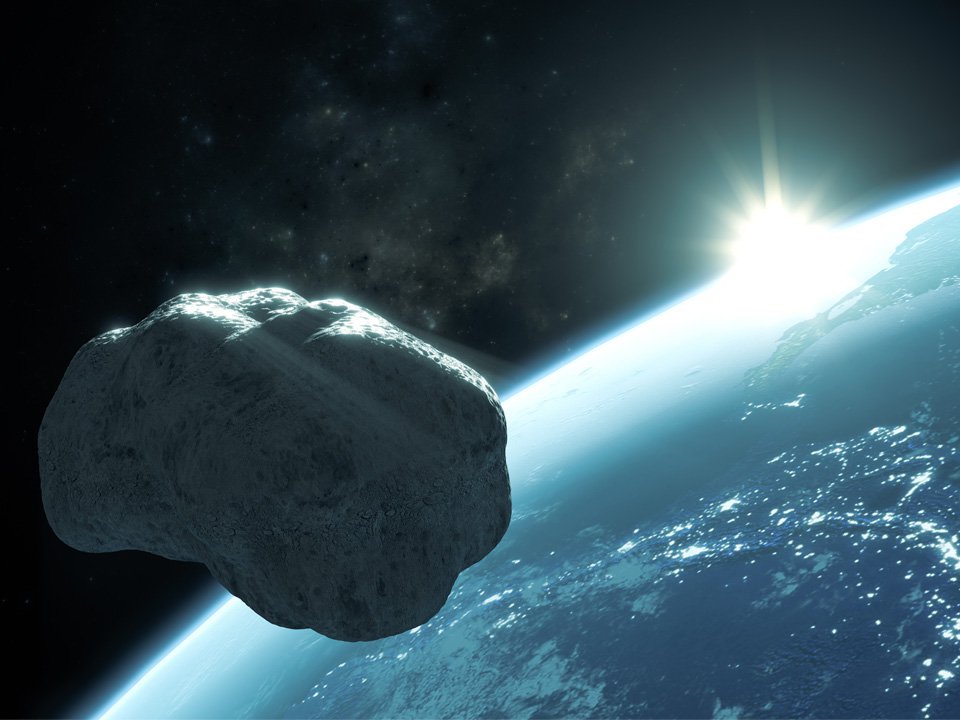 Asteroid Apophis, named after an Egyptian Lord of Chaos, is gaining speed on its path toward the Earth and may strike in less than 48 years, according to new observations.

University of Hawai’i astronomers observed the 1,000 foot asteroid accelerating toward Earth, propelled by a kind of radiation called the Yarkovsky effect.

Before the new observations, Earth impact was not thought probable – but it now seems possible that the asteroid could hit our planet by April 12, 2068.

If the celestial body were to collide with the Earth, it would trigger an explosion equivalent to at least 880 million tons of TNT.

The Yarkovsky effect, named for the Polish civil engineer Ivan Yarkovsky who wrote about the phenomenon around 1900, occurs when a difference in temperature between star radiation and radiation from inside the asteroid, what’s called ‘non-uniform thermal radiation’, causes the object to gain speed.

Prior to the discovery of Apophis’ acceleration, the impact was said to be impossible, but the new findings suggest the asteroid has a chance of crashing into Earth in a catastrophic collision.

NASA’s Sentry Risk Table keeps a running tally of the most dangerous objects that may hit Earth, and Apophis is currently third on the list – with a 1 in 150,000 chance of striking.

However, astronomer Dave Tholen, who works on the University of Hawai’i telescope that observed the asteroid, believes that risk is more like 1 in 530,000, once Yarkovsky radiation is taken into account.

Before the potentially fatal collision with Earth in less than 50 years’ time, Apophis will pass so close that it will be visible with the naked eye.

On Friday, April 13, 2029, the large asteroid will pass through a belt of communications satellites orbiting the Earth, approximately 19,794 miles from the Earth’s surface.

Astronomers have known about Apophis for more than 15 years, after it was discovered in 2004 at the Kitt Peak National Observatory in Arizona.

It has since been tracked as it rotates around the sun each year (it completes an orbit in less than one Earth year), until it was picked up by the Subaru telescope this year.

Researchers determined Apophis had sped up due to the Yarkovsky effect, an acceleration caused by a temperature differential within the asteroid.

According to one of the astronomers who observed the asteroid, this has made a collision more likely.

Dave Tholen, who helped measure Apophis’ speed earlier this year, said: ‘The new observations we obtained with the Subaru telescope earlier this year were good enough to reveal the Yarkovsky acceleration of Apophis, and they show that the asteroid is drifting away from a purely gravitational orbit by about 170 meters per year, which is enough to keep the 2068 impact scenario in play.’

Researchers note that further observations are needed in order to fully understand the amplitude of the Yarkovksy effect, and how it affects Apophis’ orbit.