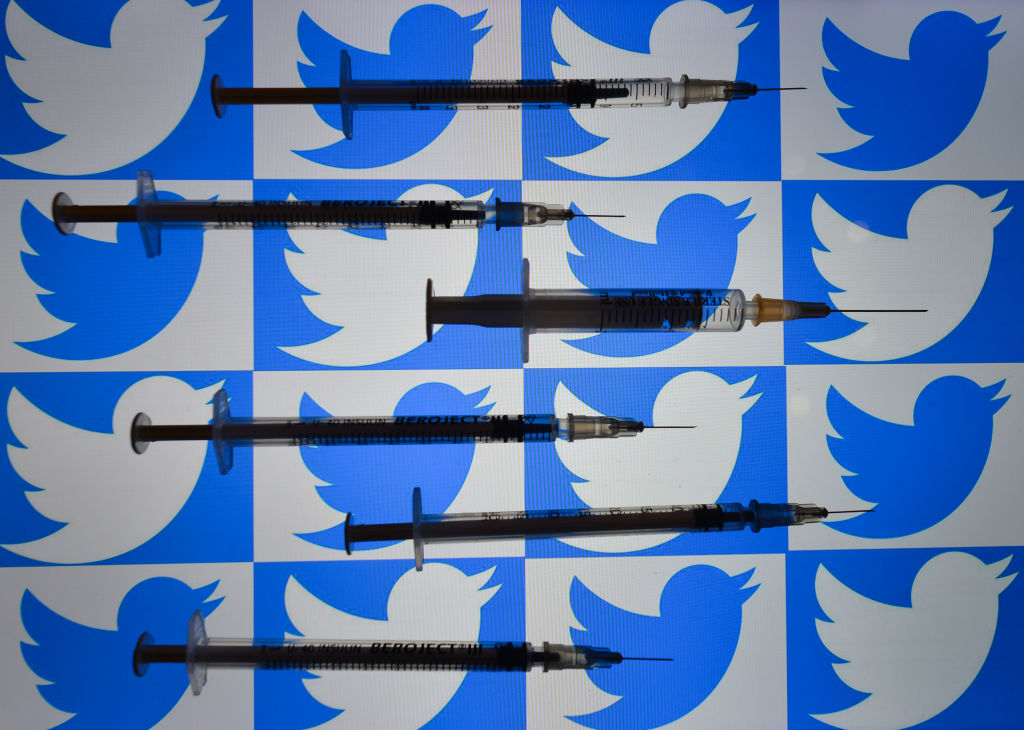 Twitter will enact stricter policies to deal with vaccine misinformation on the platform, including warning labels and outright bans for users.

The social media company said it had already attempted to tackle misinformation on the platform, having taken down 8,400 tweets and 11.5 million accounts facing bans.

But the new measures, like providing context labels similar to ones employed during the US 2020 election and having a ‘strike’ system for users that post misinformation, will aim to go further.

The strike system will help to ‘determine when further enforcement action is necessary’.

The new labelling system will not be automated to begin with, using human labellers to earmark incorrect tweets.

Eventually, Twitter says, the automated systems will pick up on these human-found tweets to ensure they don’t proliferate on the platform.

For bans, users will have a warning on their first strike, a 12-hour account lock on their second, and another 12-hour lock for the third offence.

After four, the account will be locked for seven days, with a permanent suspension coming after five consecutive strikes.

Misinformation on social media about coronavirus has been a persistent worry throughout the pandemic, which requires accurate information for people to make sound medical decisions.

A Twitter spokesperson said: ‘We believe the strike system will help to educate the public on our policies and further reduce the spread of potentially harmful and misleading information on Twitter, particularly for repeated moderate and high-severity violations of our rules,’ the company said.

After the account was banned, CEO Jack Dorsey posted a long thread on the platform, admitting the company had ‘failed’ and that it needed to do better to tackle misinformation.

In the thread, Dorsey said that ‘offline harm as a result of online speech is demonstrably real, and what drives our policy and enforcement above all.’

While the tech CEO was steadfast in his belief that tweets like Trump’s ‘divide us’ and ‘limit the potential for clarification, redemption and learning’, he also warned of Big Tech’s growing power when it comes to decisions on banning individuals.

Twitter is reportedly at work on a ‘decentralised’ social media platform, codenamed Bluesky.

The project, which aims to address the shortcomings of Twitter in the wake of hate speech and real-world violence from the platform, is supposed to be a ‘decentralised platform for social media’ modelled on Bitcoin.