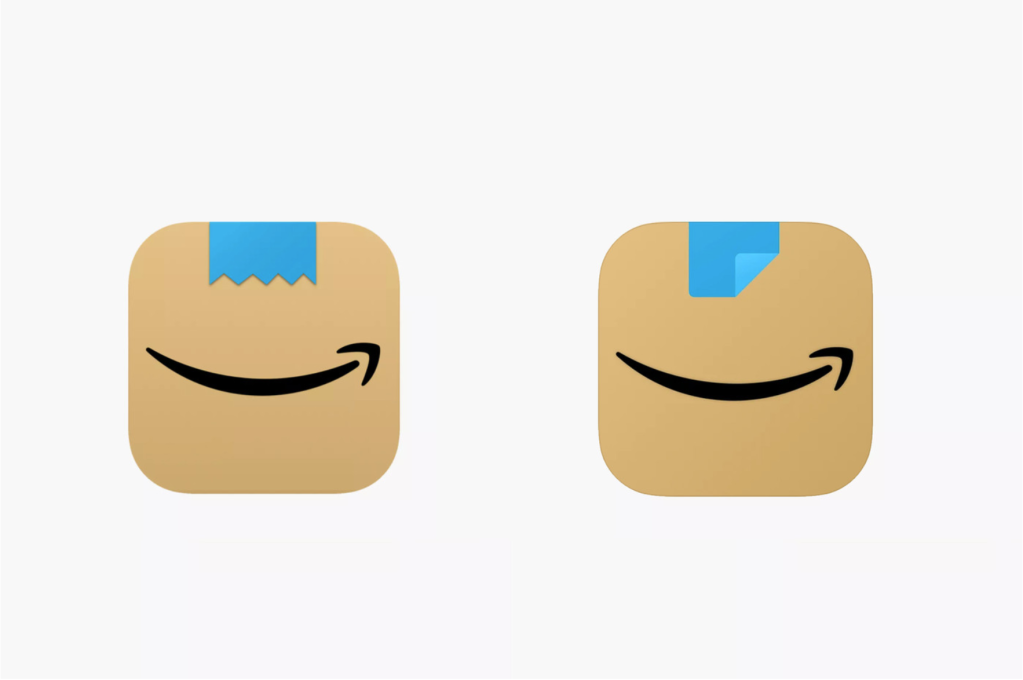 Amazon has changed the design of its app logo after feedback from customers, which some social media users noted bore a striking resemblance to Adolf Hitler’s moustache.

Without making an announcement, Amazon quietly changed the small segment of parcel tape resting on the top of its logo – from a spiky, toothbrush-moustache overhang of tape, to a folded over flap.

While the ill-famed facial hair wasn’t initially popularised by the Nazi leader, used by comedians like Charlie Chaplin and Oliver Hardy before, it has been associated with him ever since.

Amazon apparently made the alterations after customer feedback from its initial rollout.

‘We designed the new icon to spark anticipation, excitement, and joy when customers start their shopping journey on their phone, just as they do when they see our boxes on their doorstep.’

The tape-moustache similarity is made stronger by Amazon’s previous use of the black tick on its logos as a mouth – which makes the flap of tape above seem much more like a moustache.

Amazon has updated the old design to make the flap look more like actual parcel tape, common to most Amazon packages.

Amazon has previously come under criticism for listing Adolf Hitler’s Mein Kampf for sale on its marketplace, where users buy and sell books.

Last year, Amazon banned the sale of Mein Kampf in many languages, following decades of campaigning by Holocaust charities.

Amazon’s policy on controversial books has been unclear in the past, saying it was ‘mindful of book censorship throughout history’, but eventually opting to ban some books from Nazi leaders.

While some say this corporate attitude is a result of CEO Jeff Bezos’ indifference to critics, other have noted the difficulty of preserving free speech without also allowing offensive books for sale.

Jeff Bezos is due to step down from Amazon later this year, with Amazon Web Services boss Andy Jassy due to take over.