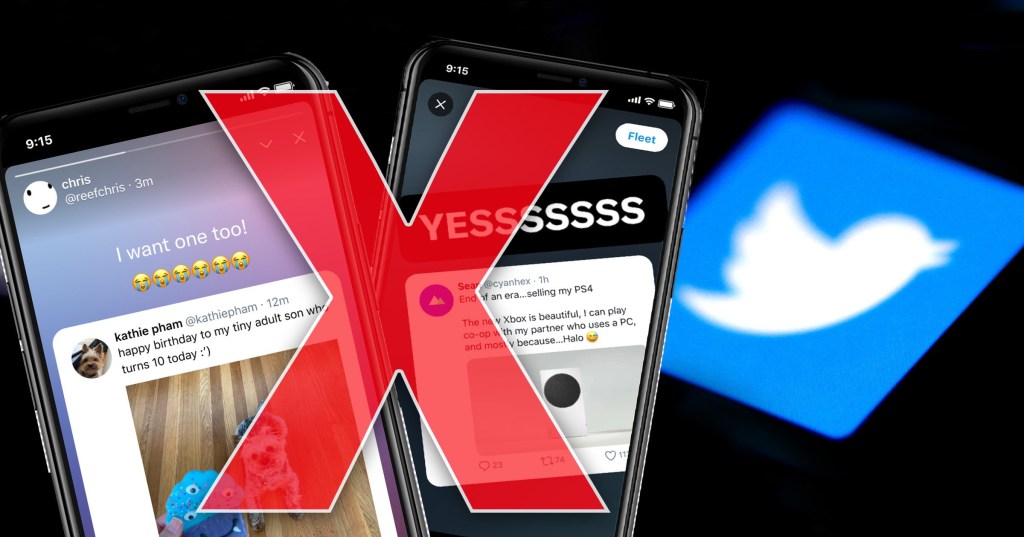 Twitter has temporarily stopped the rollout of its new ‘fleets’ feature a day after first announcing it.

The idea was to have self-destructing tweets that were only visible for 24 hours.

It would allow Twitter to compete with Snapchat and Instagram which both offer the same feature, known as ‘Stories.’

But after users complained the feature was ruining the app, Twitter decided to stop the rollout while it fixes ‘performance and stability problems’.

According to reports, fleets were causing the app to lag, freeze and – in some cases – crash completely.

‘We’re slowing down the rollout of Fleets to fix some performance and stability problems,’ the company said in a statement.

‘If you don’t have the feature yet, you may not get it for a few more days. We love that so many people are using Fleets and want to ensure we’re providing the best experience for everyone.’

Fleets – a take on the term fleeting moments – is designed to help users feel more comfortable participating on the platform in a ‘lower pressure way’ without the need to worry about retweets and likes, the firm said yesterday.

People can choose to post text, reactions to tweets with the tweet attached, photos or videos, as well as the ability to customise them with background and text options.

The move is a major evolution from the social network’s core purpose, which sees tweets kept on an individual’s profile for all to see unless they proactively decide to delete them.

When it actually works, of course.