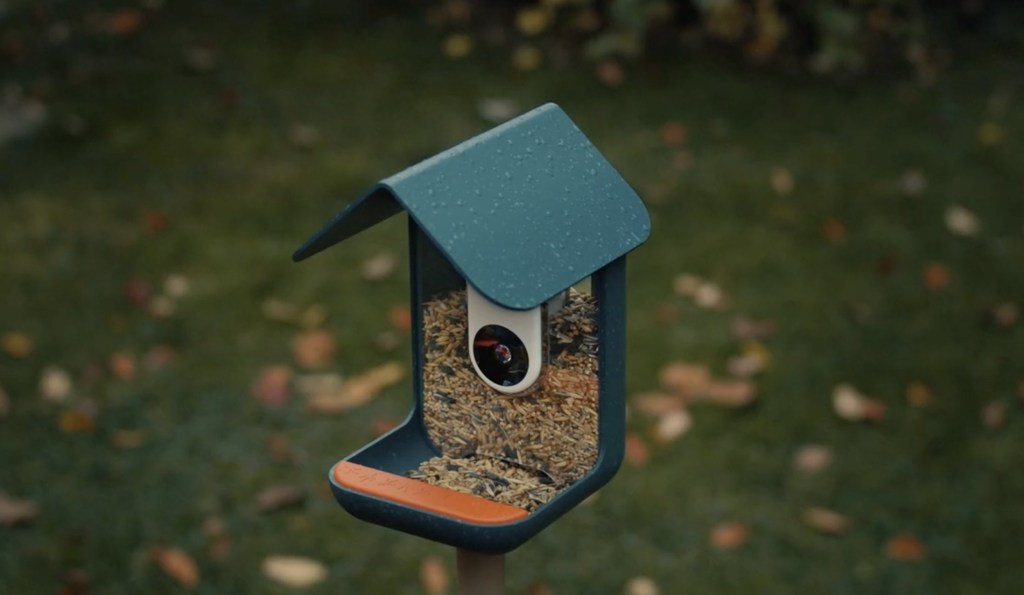 A high-tech bird feeder has been unveiled that can identify which species of birds are stopping by for a bite.

The Bird Buddy is currently raising funds on Kickstarter and features a built-in camera that snaps a picture of the bird and sends it to your smartphone.

The invention has come after birdwatching rates in the UK rocketed up since the start of lockdown.

The Royal Society for the Protection of Birds (RSPB) has seen a 70% rise in visitors to its website this year and it is estimated there are 3 million adult bird watchers in the UK and 45 million in the US.

Not only will the hi-tech bird feeder organise and curate images of which birds use it – it will also help with vital conservation efforts. The Bird Buddy will provide a comprehensive database of bird populations as well as their geographical movement all over the world.

The nine-inch high device will retail for £169 and its Kickstarter campaign is due to end in January 2021.

Bird Buddy co-founder Ziga Vrtacic said: ‘Over the last year people have engaged with nature in a way which has never been seen before whether it’s a local park or their own gardens and there has been a massive growth in curiosity and interest in birds.

‘Bird Buddy adds a fantastic technological aspect to bird watching which captures that magical moment, which can sometimes only last a second or two and has the added benefit of telling you what sort of bird it is.”

‘We feel that Bird Buddy can genuinely enhance the bird watching experience as well as provide an educational aspect for youngsters at the same time. People can also share their images and create their own collections.’