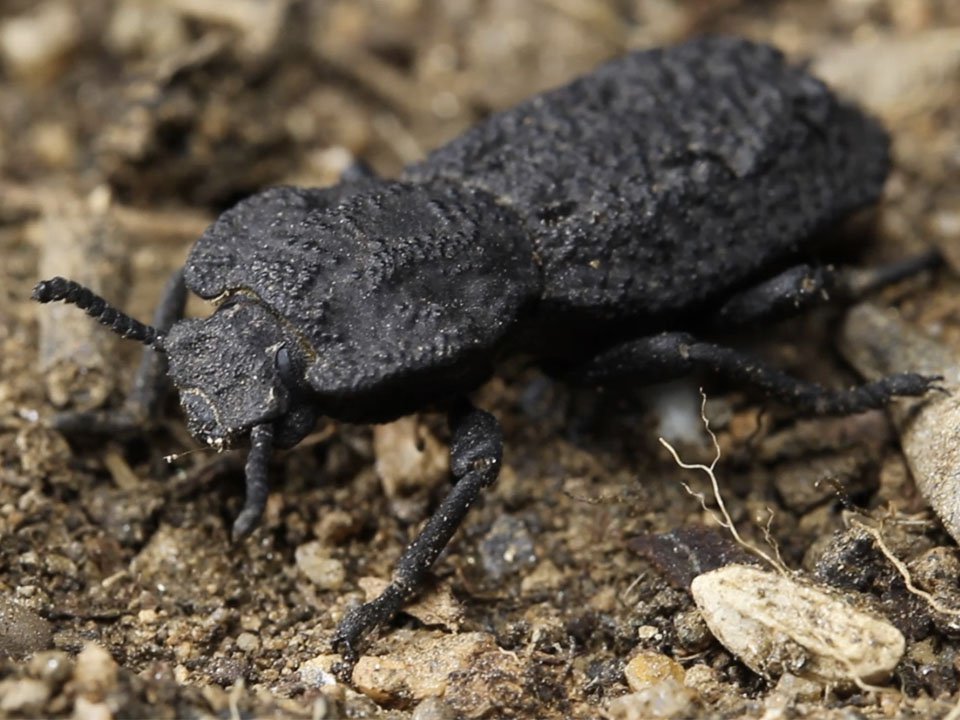 Insights into what makes the diabolical ironclad beetle so strong could lead to the development of new materials with the same toughness, a new study has suggested.

The findings, which help to explain the beetle’s ability to survive huge crushing forces, may have applications in construction and engineering fields such as aeronautics, researchers say.

The insect is an oak-dwelling species, primarily found on the western coast of North America.

It does not have the ability to fly away from danger but has crush-resistant exoskeletal forewings called elytra, which means it is able to withstand crushing and piercing strikes from predators and can survive being run over by vehicles.

Researchers say this strength has also presented challenges for entomologists trying to use standard steel pins to mount the beetles in display cases.

The study, led by engineers at the University of California, Irvine (UCI) and Purdue University found that the diabolical ironclad beetle’s strength lies in its two armour-like elytron that meet at a line, called a suture, running the length of the abdomen.

‘It connects various exoskeletal blades – puzzle pieces – in the abdomen under the elytra.’

To uncover these strategies, the team first tested the limits of the beetle’s exoskeleton and characterised the various structural components involved by looking at CT scans.

Using compressive steel plates, they found the diabolical ironclad beetle can take on an applied force of about 150 newtons – a load of at least 39,000 times its body weight – before the exoskeleton begins to fracture.

A car tyre would apply a force of about 100 newtons if running over the beetle on a dirt surface, the researchers estimate.

Researchers tested other terrestrial beetles and found they were unable to handle even half the force that a diabolical ironclad can withstand.

The team followed up the experiments with extensive computer simulations and 3D-printed models that isolated certain structures to better understand their role in saving the beetle’s life.

The authors observed a series of interlocked jigsaw-shaped joints at the middle of the elytra.

They found the geometry of these blades and their laminated microstructure provide mechanical interlocking and toughening of the exoskeleton.

Totest the potential of this geometric structure as a robust mechanical fastener for joining different materials, the researchers constructed a series of joints made of metal and composites that mimic the structures observed in the beetle.

According to the study published in Nature, their designs provided enhanced strength and significantly increased toughness compared to a commonly used engineering joint.

David Restrepo, an assistant professor at the University of Texas at San Antonio, said: ‘An active engineering challenge is joining together different materials without limiting their ability to support loads.

‘The diabolical ironclad beetle has strategies to circumvent these limitations.’

Prof Zavattieri added: ‘This work shows that we may be able to shift from using strong, brittle materials to ones that can be both strong and tough by dissipating energy as they break.

‘That’s what nature has enabled the diabolical ironclad beetle to do.’