This image of the sun was taken through the Earth 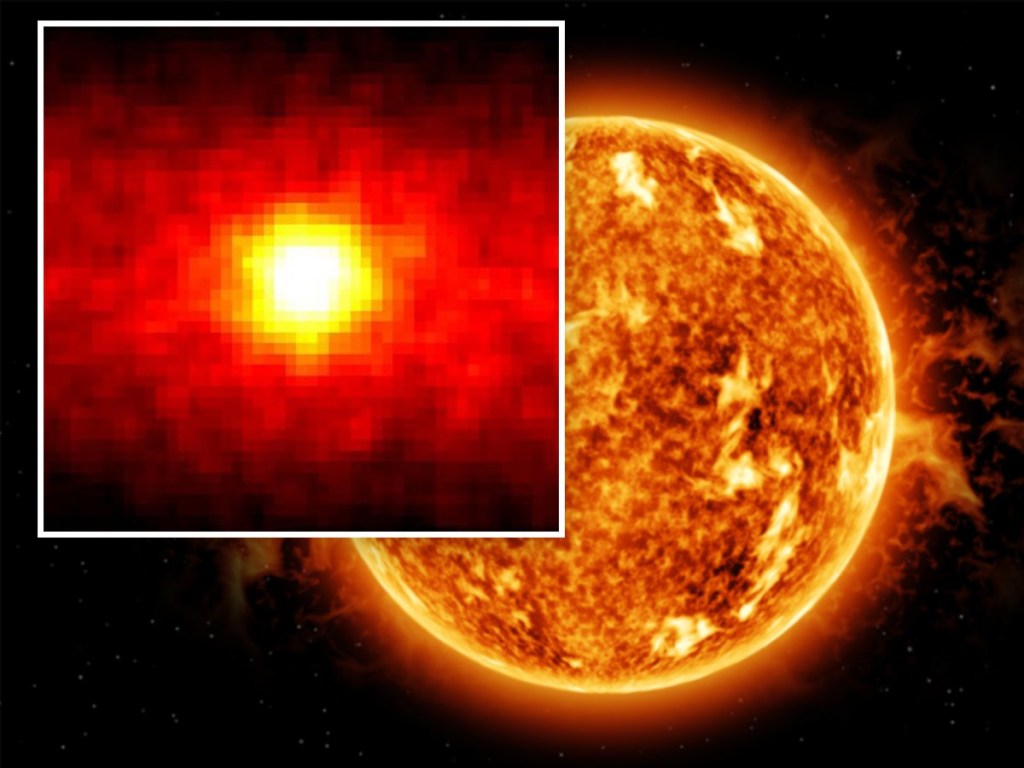 When people on Twitter take some time to stop slinging political ideologies, conspiracy theories or memes at each other, it can clear the path for some pretty mind-bending science.

So it was with Dr Steve Stewart-Williams, an associate professor of psychology at University of Nottingham’s Malaysia campus.

He tweeted an image to his 87k+ followers of the sun that was captured back in June, 1998. It picked up nearly 3.5 thousand retweets, presumably as people tried to wrap their heads around it.

At first glance, it looks like a particularly crap piece of clip art. But the accompanying explanation is enough to make you scratch your head and look around for a strong mug of coffee.

The picture is of the sun, but it was taken *through* the Earth using elementary particles known as neutrinos. They are a fundamental piece of matter able to pass through the Earth without interacting with any other particle.

The image was recorded from a mine in Japan and scientists needed 500 days’ worth of data to produce it.

‘Centered on the Sun’s postion, the picture covers a significant fraction of the sky (90×90 degrees in R.A. and Dec.). Brighter colors represent a larger flux of neutrinos,’ reads the explanation on Nasa’s corresponding Picture of the Day page.

Look, we’re not saying we really understand exactly how it happened. But next time the topic of the sun comes up in conversation, you’ll be able to reliably point out someone once managed to take a picture of it through the Earth.