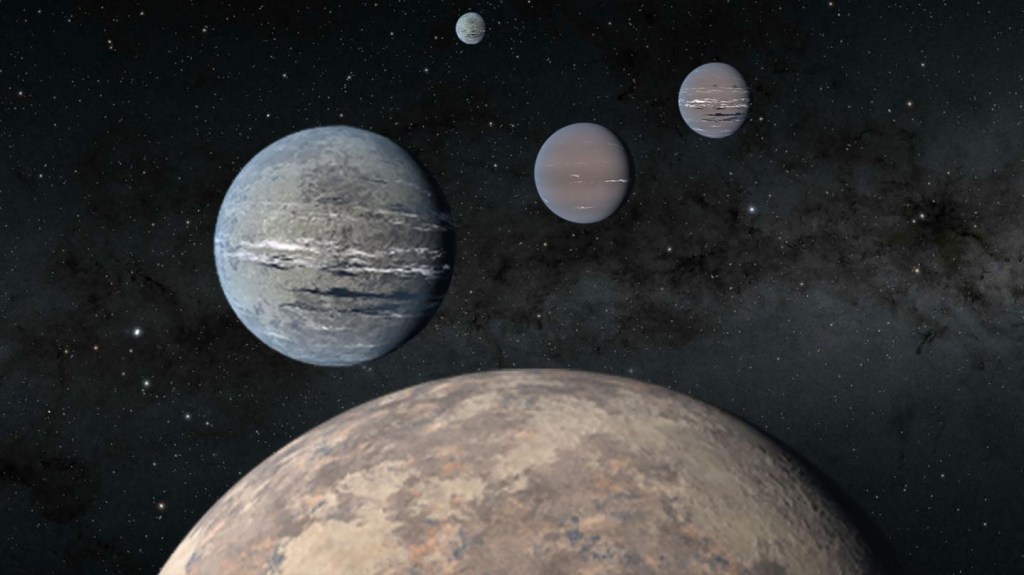 A pair of teenagers from the US have discovered four new exoplanets and co-authored a peer-reviewed paper in The Astronomical Journal about them.

Probably the youngest ever astronomers to make such a find, 16-year-old Kartik Pinglé and 18-year-old Jasmine Wright found the new planets 200 light years away from Earth.

The students, both still at high school in Massachusetts, participated in the Student Research Mentoring Program (SRMP) at the Center for Astrophysics at the Harvard & Smithsonian research institute.

It meant they were connected with real-world scientists at Harvard and MIT and given the chance to work with them on a year-long research project.

‘By the end of the program, the students can say they’ve done active, state-of-the-art research in astrophysics.’

Even so, it’s pretty rare for students to make such an impact as Pinglé and Wright did. Publishing research while still in school is quite an achievement.

‘Although that is one of the goals of the SRMP, it is highly unusual for high-schoolers to be co-authors on journal papers,’ Sousa-Silva said.

The students studied and analysed data from Nasa’s Transiting Exoplanet Survey Satellite (TESS). TESS is a space-based satellite that orbits around Earth and surveys nearby bright stars with the ultimate goal of discovering new planets.

‘We were looking to see changes in light over time,’ Pinglé said. ‘The idea being that if the planet transits the star, or passes in front of it, it would [periodically] cover up the star and decrease its brightness.’

To the team’s surprise, they discovered not one but four planets orbiting around TOI-1233 – a distant star.

Three of the planets are considered ‘sub-Neptunes,’ gaseous planets that are smaller than, but similar to our own solar system’s Neptune. It takes between 6 and 19.5 days for each of them to orbit around TOI-1233.

The fourth planet is labeled a “super-Earth” for its large size and rockiness; it orbits around the star in just under four days.

Meanwhile, the future is looking bright for the two students. Pinglé is considering studying applied mathematics or astrophysics after graduation while Wright has been accepted into a five-year Master of Astrophysics program at the University of Edinburgh.