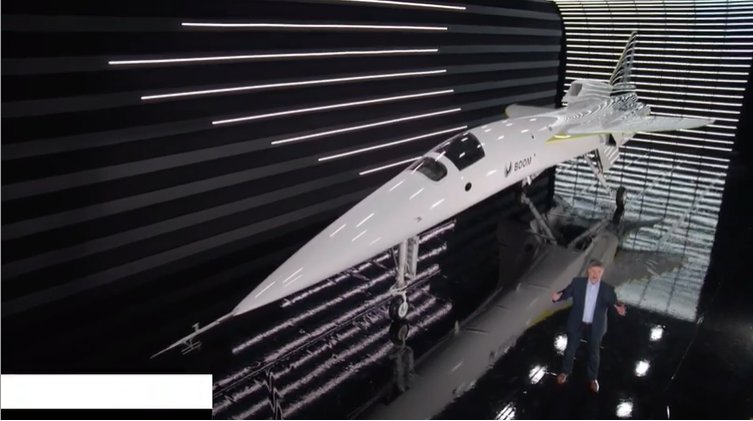 Jet company Boom has unveiled a prototype of its new supersonic plane that’s being heralded as the ‘new Concorde’.

The sleek, white XB-1 is capable of hitting Mach 1.3 and could transport up to 88 passengers from London to New York in three-and-a-half hours.

Boom is preparing the XB-1 for its first test flight next year. If successful, it could lead to a full production model – named Overture – getting the green light.

The plane employs three J85-15 jet engines – the same kind used by the US military for fighter jets. When finished, the plane will actually be 10% faster than Concorde, with a top speed of 1,451 miles per hour.

Boom, an aviation start-up from the US, has been working on supersonic planes for the last five years.

‘XB-1 is an important milestone towards the development of our commercial airliner, Overture, making sustainable supersonic flight mainstream and fostering human connection’

The prototype, nicknamed ‘Baby Boom’, measures a mere 71 feet long with a 20 foot wingspan. Like Concorde, it also features a slightly dropped nose. Meanwhile, the frame is made from a carbon composite for better heat resistance.

‘XB-1 is the end-product of years of development effort, including multiple wind tunnel trials, dozens of structural tests, hundreds of simulation iterations, and tens of thousands of work hours,’ Boom said in a statement.

As impressive as it is, don’t be fooled about the level of exclusivity around flying supersonic. Estimates suggest the ticket price for a single flight could reach as high as £3,500.

It’s hoped the planes could be flying as soon as 2025. So if you want to try it out, best start saving now.