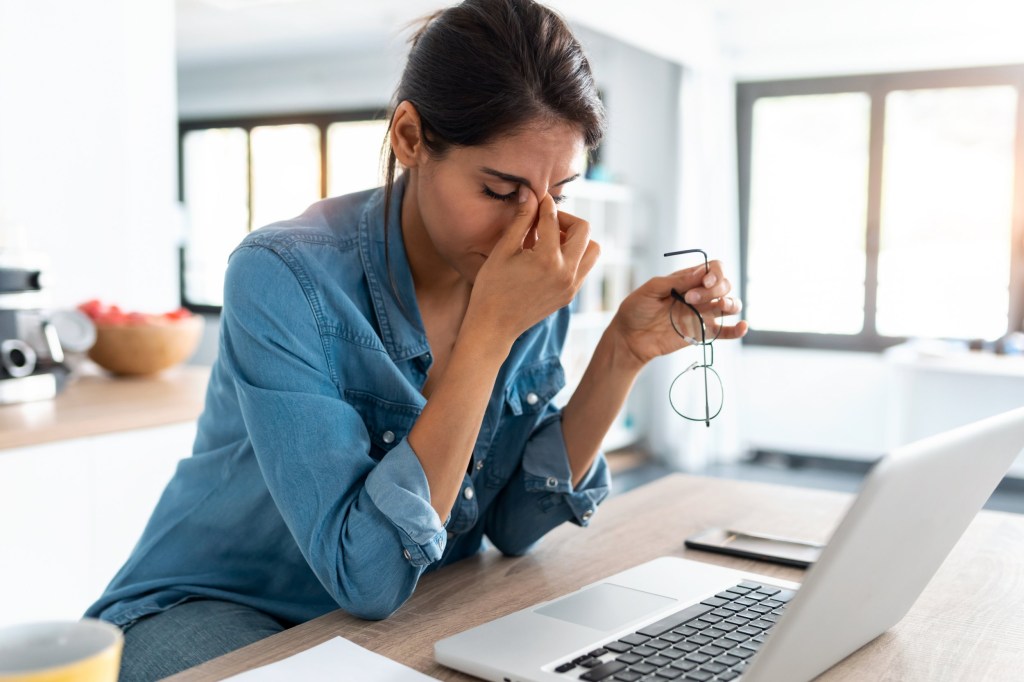 A new scientific study has backed up the existence of ‘Zoom fatigue’ and explained why we’re all so tired of constant video calls.

It may have once been fun to do Zoom quizzes or talk to co-workers through your computer, but the constant eye contact and being forced to look at ourselves is what makes video calls so exhausting.

That’s according to new research from Stanford university, which has been looking at the effects of all the screen-based communication that’s arisen from the Covid-19 pandemic.

Constantly feeling like everyone’s looking at you and having to stare at your own face are key causes for the uniquely modern phenomenon, the team of researchers found.

In his research, published in the journal Technology, Mind and Behaviour, Prof Bailenson identified four consequences of prolonged video chats which lead to ‘Zoom fatigue’.

The first reason, according to the study, is that excessive amounts of close-up eye contact is highly intense.

Both the amount of eye contact we engage in on video chats, as well as the size of faces on screens, particularly if people have large monitors, is unnatural.

The study showed that when someone’s face is that close, our brains interpret it as an intense situation that is either going ‘to lead to mating or to conflict’.

Added to that, is the fact that in Zoom calls, everyone is constantly looking at everyone all the time.

Prof Bailenson said: ‘Social anxiety of public speaking is one of the biggest phobias that exists in our population.

‘When you’re standing up there and everybody’s staring at you, that’s a stressful experience.’

He suggested that people should take Zoom out of the full-screen option and reduce the size of the window to help create a ‘personal space bubble’ between you and others.

The second reason we feel so exhausted after a lengthy call, according to the research, is that seeing your own face for long periods is very tiring.

Prof Bailenson continued: ‘In the real world, if somebody was following you around with a mirror constantly – so that while you were talking to people, making decisions, giving feedback, getting feedback – you were seeing yourself in a mirror, that would just be crazy.’

He recommends that people should use the ‘hide self-view’ button unless they need to speak or be on screen.

A third reason given by the Stanford team is that video chats reduce how much we walk around when talking.

If people are talking on the phone, they can move around and Prof Bailenson said that there was growing research that says when people move, they perform better cognitively.

The final reason suggested for Zoom fatigue is that in normal face-to-face interaction, nonverbal communication is much more natural.

We can see visual cues and gestures much more easily, whereas on a video call our brains have to work much harder.

Effectively, Prof Bailenson believes humans have taken the simplicity of conversation and turned it into something that requires a lot of thought.

He said: ‘If you want to show someone that you are agreeing with them, you have to do an exaggerated nod or put your thumbs up.

‘That adds cognitive load as you’re using mental calories in order to communicate.’

Prof Bailenson and his team have also created a 15 point questionnaire which is designed to measure our fatigue after a videoconference.

It is hoped the data will help quantify what makes us so tired after we Zoom.

Prof Bailenson concluded: ‘Videoconferencing is a good thing for remote communication, but just think about the medium – just because you can use video doesn’t mean you have to.’

PrevPreviousPfizer vaccine found to be 94% effective against Covid in real-world study
NextGamestop: Stock surges 104% once again as Reddit crashesNext