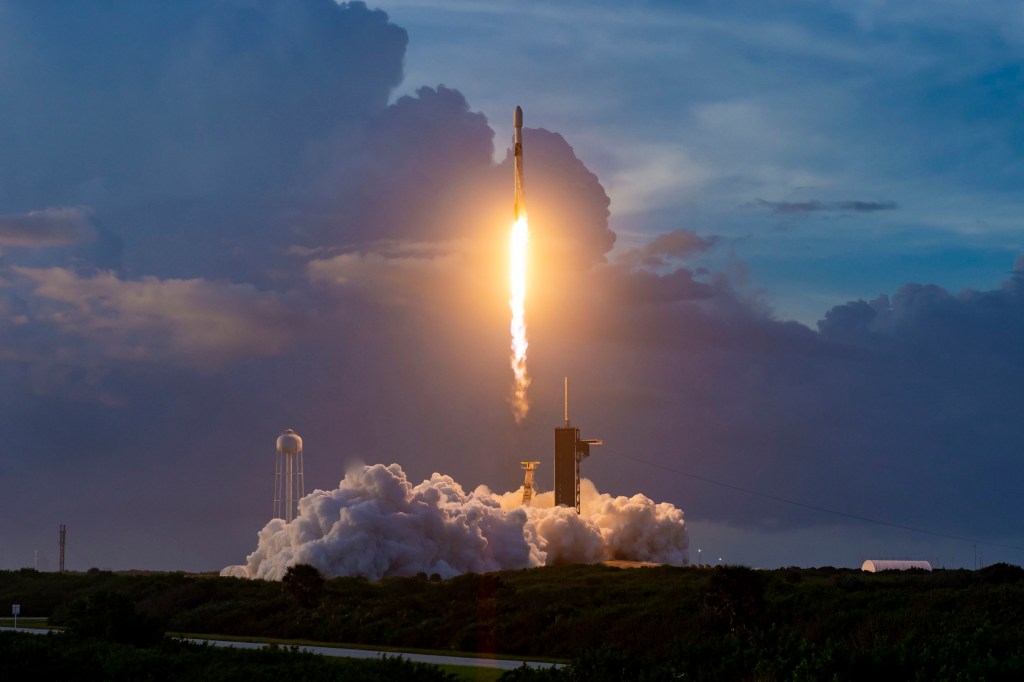 SpaceX has added another 60 satellites to its orbiting Starlink network which will, one day, blanket the Earth with broadband internet.

The private space company sent a reusable Falcon 9 rocket on its record-breaking eighth trip to the edge of space to deliver the payload.

It was the seventeenth batch of Starlink satellites to be blasted into the heavens and brings the total number up to 950.

The launch was initially scheduled to take place on January 18, but was pushed back due to poor weather conditions.

It took place from Nasa’s Kennedy Space Centre in Florida, and was streamed live on SpaceX’s YouTube channel here.

Eventually, the Starlink constellation will comprise of around 12,000 satellites all daisy-chained together to send low-latency broadband down to any area of the Earth’s surface.

The plan has raised some concerns from astronomers, so SpaceX has moved the spacecraft further away from Earth and given them a non-reflective coating to try and appease stargazers.

‘With performance that far surpasses that of traditional satellite internet, and a global network unbounded by ground infrastructure limitations, Starlink will deliver high speed broadband internet to locations where access has been unreliable, expensive, or completely unavailable,’ SpaceX writes on its website.

At present Starlink is a part of SpaceX but there have been rumours it may be spun-off into a separate company. The eventual aim could be to capture a big piece of the $1 trillion worldwide internet connectivity market. Revenue from that could help fund SpaceX’s greater ambitions to colonise Mars.

How do Starlink satellites work?

Each Starlink satellite is equipped with four powerful phased array antennas that are capable of an enormous amount of throughput when it comes to radio waves. Therefore, internet signal can be communicated up to a satellite and spread out through the network before being fired back down again to any location on Earth.

Delivering internet via satellite is much more efficient because the signal travels 47% faster as a wave through the vacuum of space than it does being channelled along a fibre optic cable buried in the ground.

From an infrastructure perspective, it also means there’s no need to lay vast amounts of cabling across parts of the world.

Current satellites sending internet signals are around 22,236 miles (35,786 km) above the Earth. This results in a time delay in sending and receiving data. Starlink satellites are smaller and orbit closer, meaning they can carry and triangulate data much faster.

On board each satellite is a powerful Ion propulsion system and a custom-built in-house navigation sensor.

Together the two are able to automatically steer the satellites out of the way of space junk.

It also helps guide the satellites to the optimum position for delivering data transfer.