‘Space hurricanes’ are a real thing and scientists just proved it 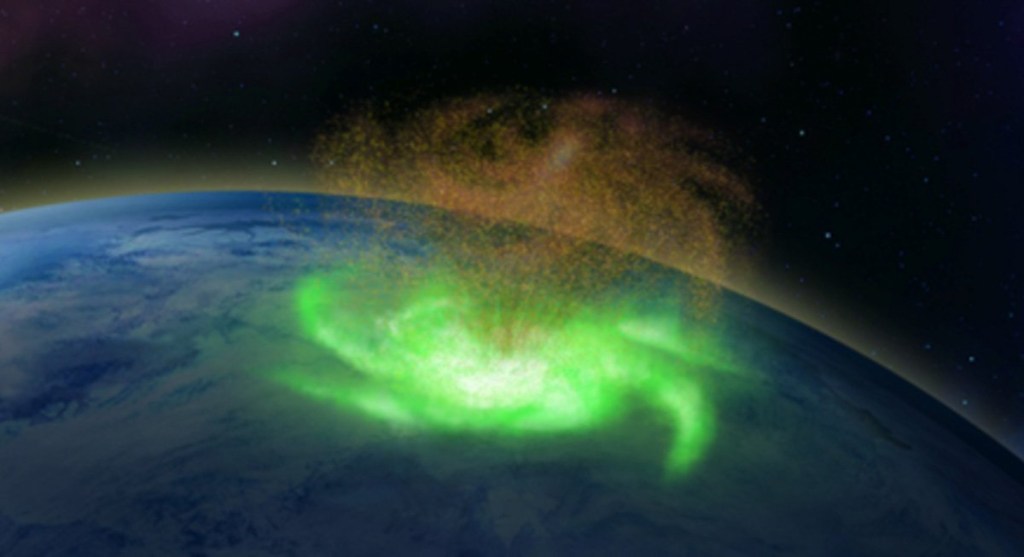 Scientists say they have confirmed the existence of so-called ‘space hurricanes’ after analysing a 1,000km-wide swirling mass of plasma hundreds of kilometres above the North Pole.

The space hurricane, observed by satellites in the Earth’s upper atmosphere, was raining electrons instead of water, span in an anticlockwise direction and lasted nearly eight hours before breaking down.

The hurricanes would be expected to lead to important space weather effects and disruption to GPS systems, scientists found.

A team of scientists, led by Shandong University in China, analysed observations made by satellites in August 2014 and created a 3D image of the hurricane in the Earth’s ionosphere.

The findings, which were published in Nature Communications, confirmed the existence of space hurricanes, which had not been detected before, reproduced the event’s main features and explained its formation.

Professor Mike Lockwood, space scientist at the University of Reading, said the hurricanes could be a universal phenomena at planets and moons with magnetic fields and plasma.

He said: ‘Until now, it was uncertain that space plasma hurricanes even existed, so to prove this with such a striking observation is incredible.’

‘Tropical storms are associated with huge amounts of energy, and these space hurricanes must be created by unusually large and rapid transfer of solar wind energy and charged particles into the Earth’s upper atmosphere.

‘Plasma and magnetic fields in the atmosphere of planets exist throughout the universe, so the findings suggest space hurricanes should be a widespread phenomena.’

The space hurricane, which occurred during a period of low geomagnetic activity, was found to share many features with hurricanes in the Earth’s lower atmosphere, including a quiet centre, multiple spiral arms and widespread circulation.

The scientists said the hurricanes open a rapid energy transfer channel from space to the ionosphere and thermosphere and would be expected to lead to important space weather effects such as increased satellite drag, disturbances in high frequency radio communications and increased errors in over-the-horizon radar location, satellite navigation and communication systems.

The team said the process may also be important for the interaction between interstellar winds and other solar systems throughout the universe.