Space centre in Cornwall will receive a direct message from Mars 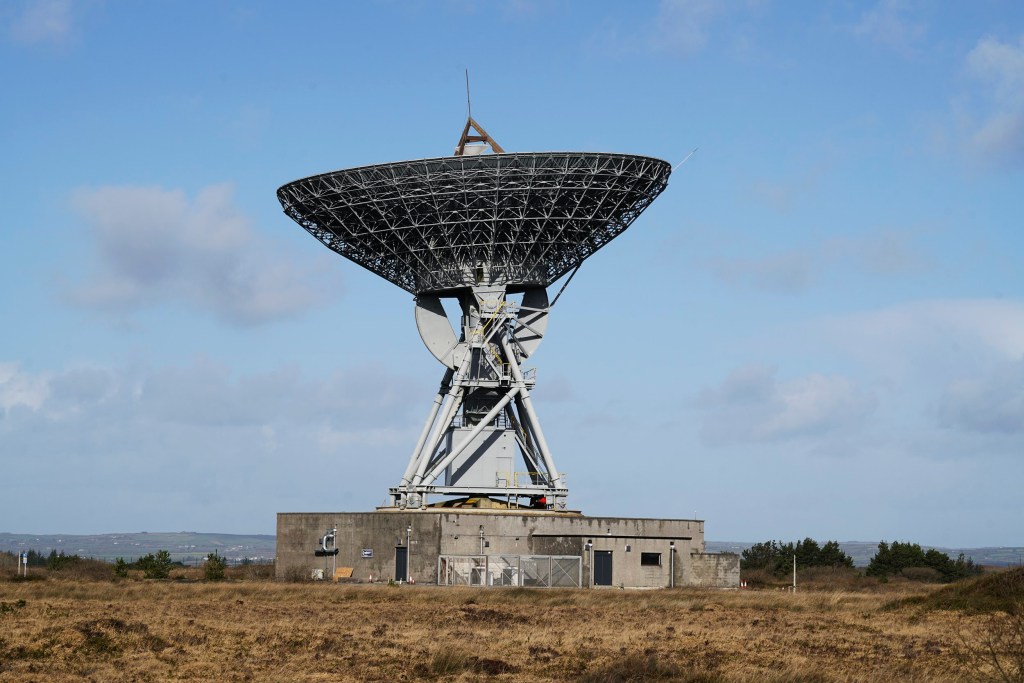 A space centre is set to receive the UK’s first ever direct message – from Mars.

Goonhilly Earth Station is home to a 32m wide satellite, the GHY-6, that has been receiving transmissions from the orbit of the red planet.

Scientists at the site in Helston, Cornwall, said they have been tracking and receiving transmissions from probes in Mars’ atmosphere as a way to test GHY-6.

And they have now developed the UK’s first commercial deep space antenna that will enable communications on pioneering missions to the Moon and Mars.

The station is working with agencies from around the world including Europe, China, the United Arab Emirates, and America.

Ian Jones, CEO of Goonhilly Earth Station: ‘The conversion of this antenna to become part of the trusted ESA and NASA deep space networks has been part of our business plan right from the beginning.

‘Achieving that goal has been extraordinarily difficult.

‘In a sense, the technology upgrade was the easy part – although that in itself was a two-year intensive programme, replacing almost every system on the entire antenna – including 10,000 nuts and bolts.

‘Now, we are fully equipped for supporting space agency and private missions to the Moon, Mars and other solar system locations, and we can extend that capability as we build out our international network.’

Goonhilly has been working with the ESA over the past few weeks, using Mars Express – a spacecraft on an active Mars mission – as the test vehicle for their GHY-6 antenna.

They are currently shadow tracking Mars Express as it orbits the red planet.

In a significant month for Mars missions Hope was followed by CNSA Mars Mission Tianwen-1 on February 10.

There are hopes that Tianwen-1, a rover-holding satellite, will touchdown on Mars in May.

Only a week after these two missions entered Mars’ orbit, on February the 18, NASA’s JPL Perseverance rover is due to land on Mars’s surface, and the GHY-6 antenna will be pointed at Mars during the landing attempt.

Though not an official downlink, Goonhilly will be able to receive and potentially decode the signals from the rover should NASA need support before and during the landing.

This will be the first time communications direct from the surface of Mars will be received in the UK.

The data will travel roughly 200 million km in an incredible ten minutes.

‘We will be providing support to ESA for their Mars Express mission.

‘The antenna will be trained on Mars anyway for our ESA Mars Express testing, so it would be remarkable to also pick up the signals from Perseverance during its landing.’

‘With so many advanced missions taking place and planned for the next few years, we hope the GHY-6 will be able to support in a scientific and commercial capacity, aiding global access to space.’

Work on the GHY-6 was in part paid for by the Cornwall and Isles of Scilly Local Enterprise Partnership, who invest £8.4m in the project.

Mark Duddridge, chair of the partnership, said: ‘Cornwall is taking a huge step into the future of space exploration and it’s fantastic to see signals from spacecraft millions of miles away being received on the ground in Cornwall.

‘Deep space is a growing market and Goonhilly’s new capability is a major boost to what the UK can offer the global space industry and for Cornwall’s space ambitions.

‘This remains the largest single investment by the LEP because we want to seize a global opportunity for Cornwall and the UK, creating well paid jobs and inspiring a new generation with wonder and curiosity.’