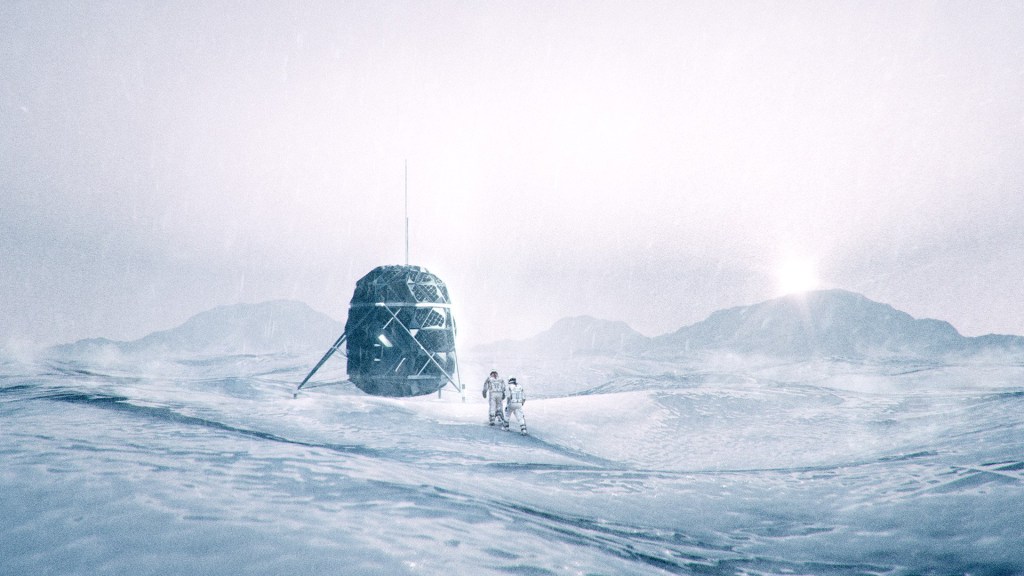 A pair of Danish architects have emerged from a two-month stay in the frigid wilderness of Greenland in a shelter they designed themselves.

The pair wanted to test out the origami-style folding ‘Lunark’ shelter in conditions that closely simulated life on the surface of the moon.

Sebastian Aristotelis and Karl-Johan Sørensen are part of a design firm called SAGA Space Architects and their mission is to ‘design and build architecture for outer space’.

The idea behind the folding shelter is that it takes up minimum room on a spaceship but can expand once the astronauts reach their destination. The structure weighs 1,700kg and expands out from 2.8 cubic metres to a sizable 17.1 cubic metres.

The shelter is capable of surviving temperatures of -45 degrees Celcius. In Greenland, the temperature didn’t plunge that far but they did get down to around -16.

During their two-month stay, the pair had no access to smartphones or the internet but they did have a satellite phone and loaded rifles in case they needed to protect themselves from wildlife.

The main purpose of the trip was to establish whether people with no specialist astronautics or military training – such as themselves – could survive in such a habitat, in anticipation of a new era of ‘space tourism’.

‘The absolute biggest conclusion is that it’s possible to do an unfolding origami structure,’ Aristotelis told MailOnline from his Copenhagen home, shortly after the journey back from Greenland.

‘We unfolded the structure in a day – two people without large machinery – in an extreme environment.

‘The structure itself performed really well – we could sustain a comfortable indoor climate even to the very end of the expedition, which got quite a bit colder and more windy than we had anticipated.

‘We are civilians and if we are looking at a future with more civilians in space, that’s one of the most important things for us as architects to figure out.’

SAGA Space Architects is one of several firms hoping to build shelters for future space tourists and Moon-based astronauts.

Nasa as well as private firms like Elon Musk’s SpaceX and Richard Branson’s Virgin Galactic are all exploring the lucrative space tourism industry.

PrevPreviousBritish-built spacecraft set for festive flyby of Venus
NextWhatsApp will stop running on millions of phones from January 1, 2021Next