Someone bought the Isle of Wight monolith for £810 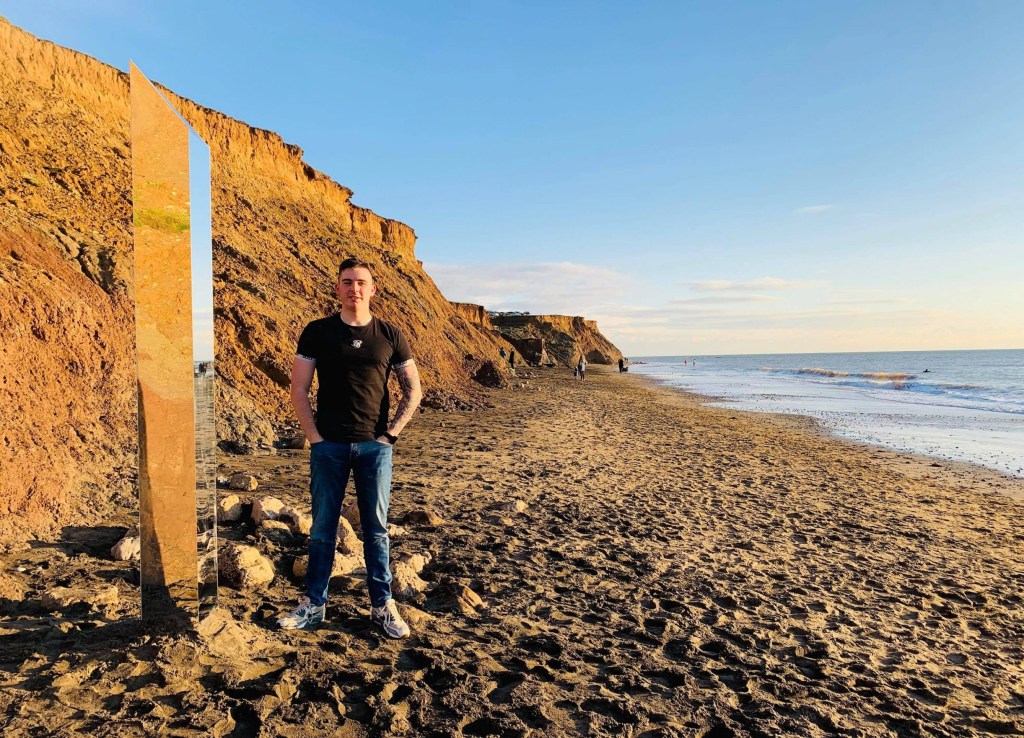 The silver monolith that first appeared on the Isle of Wight has been sold on eBay for £810.

It appeared on the beach after similar monoliths started cropping up across the globe.

Artist Tom Dunford, 29, said he was the one behind the structure found on Compton beach on the island.

Bids were as high as £65,000 last week after the artwork was saved as it was being loaded into a National Trust lorry.

But the bids fell as the seller claims to be working with the artist to give proceeds to charity.

The monolith was pictured looking sorry for itself and part broken in a garage, as the seller has not revealed their identity.

Included in the price is a meeting with the artist to discuss the piece.

The listing was titled: ‘Authentic Isle Of Wight Monolith As Seen On Tv And Social Media project repair.’

The description read: ‘This is not stolen, I will explain how I came to obtain this.

‘I live on the Isle of Wight and was returning home from a job. We were going to pass Compton car park en route home so we thought we would take a look at the famous monolith.

‘Unfortunately the monolith was in a sorry state and being loaded onto the back of a National Trust pick up truck.

‘I made an offer to purchase the monolith direct from the National Trust staff in the form of a cash donation.’

It went to state that the monolith now had ‘cracks and chips to the glass’ but said it could be rebuilt.

An update was later added to say that the seller was now working with the artist to ensure the money from the sale would go to charity and urged anyone who was not serious to pull out.

Artist Tom said at the time the pillar was discovered: ‘I did it purely for fun. When I saw the first one pop up, I thought it was brilliant.

‘The second one popped up and I had a text from a friend which said; ‘you’re the man that can do this on the island’.

‘I’m absolutely fascinated in futuristic design, science and space. The actual idea sparked when I was walking back to the office and we had an old sheet of mirrored perspex.’

A group named The Most Famous Artist claim to be responsible for the shiny constructions in America.

They said of the UK monoliths: ‘We intended to start a global art phenomenon.

‘We are extremely pleased to see the public joining the project and creating monoliths around the world. Mission accomplished.’