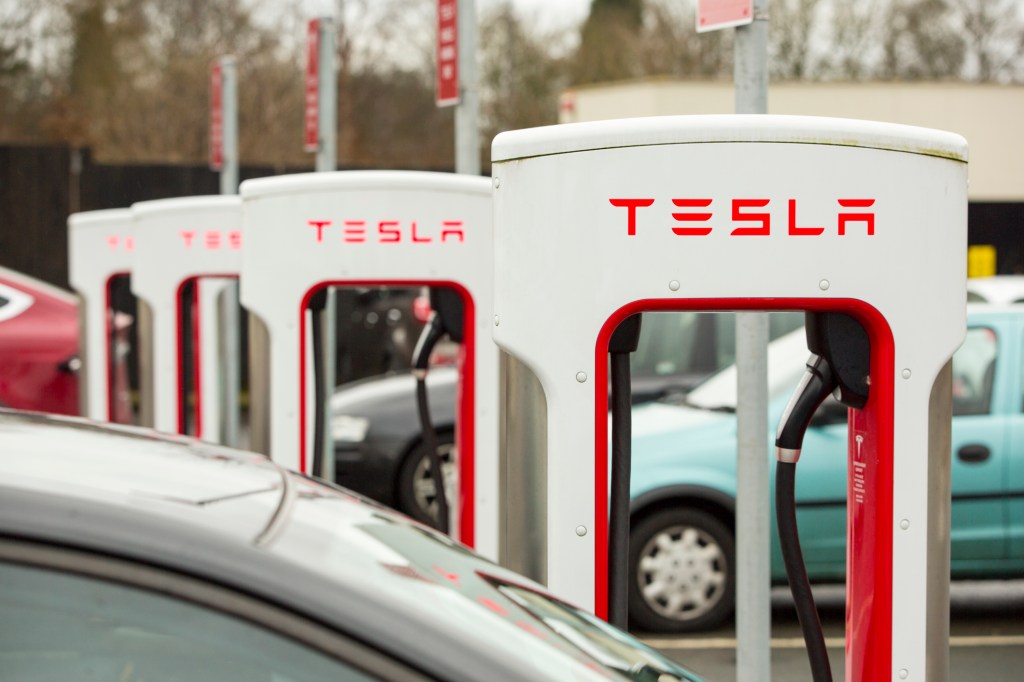 Tesla CEO Elon Musk claimed that Apple passed up the opportunity to buy Tesla in 2017, in a Twitter post.

After reports emerged this week that Apple are still developing a potential ‘iCar’, Musk mentioned that he asked Apple boss Tim Cook to ‘discuss the possibility of Apple acquiring Tesla’ at a time when Tesla were struggling.

But Cook refused to take the meeting, at a time when Tesla was ‘1/10 of [Tesla’s] current value,’ according to Musk.

During the darkest days of the Model 3 program, I reached out to Tim Cook to discuss the possibility of Apple acquiring Tesla (for 1/10 of our current value). He refused to take the meeting.

Cook has never commented publicly on matter concerning an iCar or Tesla, but rumours of an iCar have existed for quite some time.

Musk also opined on the feasibility of Apple’s supposed new car tech, saying that Tesla already uses the reported technology and that a ‘monocell’, which featured in the rumours, is ‘electrochemically impossible.’

While Tesla is currently the most valuable car company in the world, it wasn’t always the case.

When the electric car company was struggling to get its Model 3 car off the ground, it faced a period of ‘production hell’, with Musk heavily pressured to fix production bottlenecks.

But it has since managed to turn a profit, joining the S&P 500 index as one of the most valuable companies ever.

Is Apple building an iCar?

Rumours of an Apple automobile have been long in the works.

In 2014, Apple assigned more than 1,000 employees to its secretive Project Titan – an effort to design an electric car, designed and made by Apple.

But since then, the only information we’ve had about the project has come in dribs and drabs.

Two years ago, it was reported that Apple had 66 road-registered driverless cars, and more than 5,000 employees working on the venture.

There has still been no official announcement from Apple, and in the time since, rumours emerged that progress had hit a roadblock.

In 2017, Apple published a document which appeared to confirm that it is developing a driverless ‘iCar’.

This research was posted online in what appeared to be the company’s first publicly disclosed paper on autonomous vehicles.

The paper was written by Yin Zhou and Oncel Tuzel, who submitted it on November 17 to the independent online journal arXiv.

However, reports have emerged recently that Apple is looking at a release date for three years time, and has been looking at ‘next-gen’ battery technology.

According to a source speaking to Reuters, Apple is looking at a ‘monocell’ design that combines individual cells and creates extra space in the battery pack.

Many are skeptical of these claims, not least of all Tesla CEO Elon Musk, who also claimed that Apple had been offered (and passed up) the chance to buy Tesla in 2017.

– Tesla already uses iron-phosphate for medium range cars made in our Shanghai factory.

– A monocell is electrochemically impossible, as max voltage is ~100X too low. Maybe they meant cells bonded together, like our structural battery pack?

Even the rumours suggest Apple’s plans aren’t set in stone, with some sources suggesting Apple could pivot to just using their battery or autonomous tech in another manufacturer’s car, rather than building their own.

With the pandemic causing severe delays to almost all areas of manufacturing, it’s likely that Apple might not make that 2024 target, either.