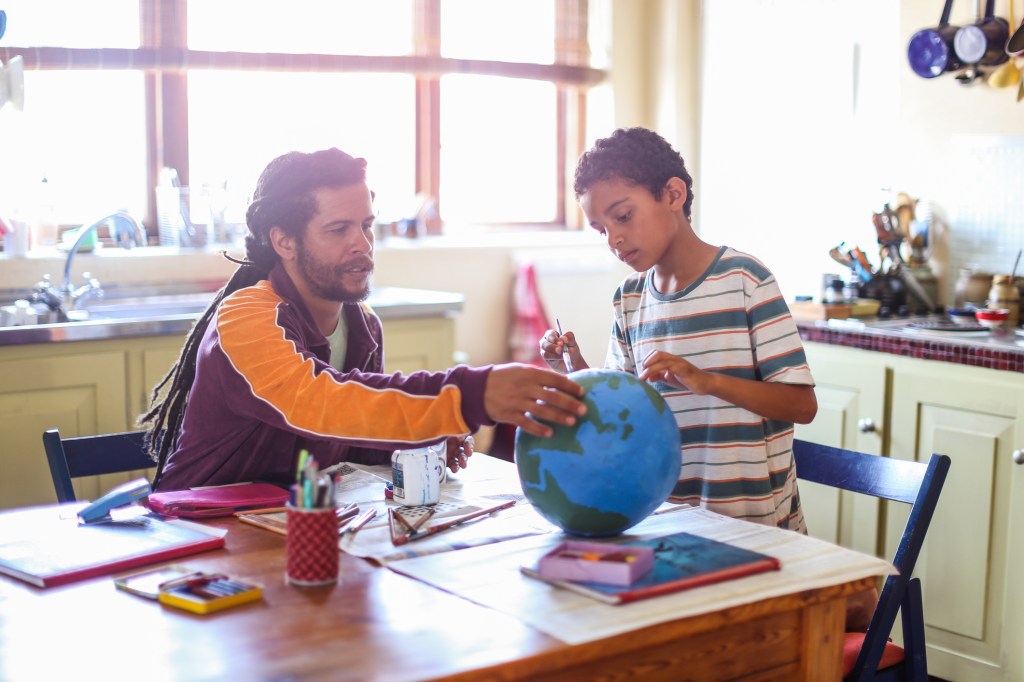 There are so many schoolchildren who don’t have sufficiently good internet access that internet providers are having to step up.

The government had already been criticised, during the last lockdown, for failing to give schoolchildren proper equipment and internet access for homeworking – leading to a ‘digital divide’.

Many parents have had to turn to online resources for home learning in the absence of official ones.

But last lockdown’s problems appear to be persisting for the new restrictions, which required schools to close as of today.

Technology firms have been urged by teachers and unions to make data and devices more affordable for those unable to have proper remote learning.

A letter sent to the Boris Johnson on Monday from former education secretaries and Tony Blair cited the Ofcom figure that estimates up to 1.78 million kids don’t have access to a laptop, desktop or tablet at home, and that 880,000 children only have a mobile internet connection at home.

Telecoms company like BT, Vodafone and Three have been talks in with the Department for Education (DfE) to provide kids that have poor internet access with more mobile data for home learning.

‘Connectivity is absolutely essential to helping children keep up with their learning throughout the pandemic,’ a BT spokesperson said.

‘Which is why BT & EE is partnered with the Department of Education to give 20GB of free extra mobile data per month to disadvantaged families.’

Three announced a similar scheme yesterday, which announced it would be giving unlimited data to disadvantaged school children, also with the DfE’s Get Help with Technology programme.

For Three’s case, the unlimited data will be applied until the end of the school year in July.

‘Education is crucial for everyone in society and it is vital no child misses out. Three UK wants to support those families that need access to connectivity to support their child’s learning needs during the pandemic,’ said Three UK Chief Commercial Officer Elaine Carey, in a statement.

Some schemes have been running longer than just this lockdown, like Vodafone’s Schools.Connected initiative, which distributed hundreds of thousands of SIM cards to schools in order to provide internet access.

Virgin Media offered an ‘essential broadband’ service, launched at the end of last year, which it claims offers reliable and affordable internet for those in financial difficulty.

There have been calls for greater access to broadband since the 2019 General Election, when then Labour leader Jeremy Corbyn announced a policy of free broadband for all.

‘Data is a big problem. Everybody needs to try and make this work and that includes the companies that can take away the charging for data,’ Starmer told BBC Radio 4.

However, some have welcomed the move.

‘As families across the UK brace themselves for a third national lockdown, and the constant challenge of juggling work and homeschooling, any extra support is welcome,’ said Catherine Hiley, broadband expert at Uswitch.com.

‘It is particularly reassuring to see broadband and mobile networks doing their bit to help disadvantaged families, whose children are the most at risk of falling behind.

‘Many of these support packages need to be accessed through your child’s school, so it is always worth having a conversation with their teachers if you feel you may qualify for the extra help.

‘If you do find yourself having to contact your provider for whatever reason during the coming weeks, Uswitch provides a useful guide on how you can reach your provider during lockdown.

While the DfE has said it will provide millions of laptops and tablets to those in need before the end of the academic year, some reports suggest these devices may arrive too late.