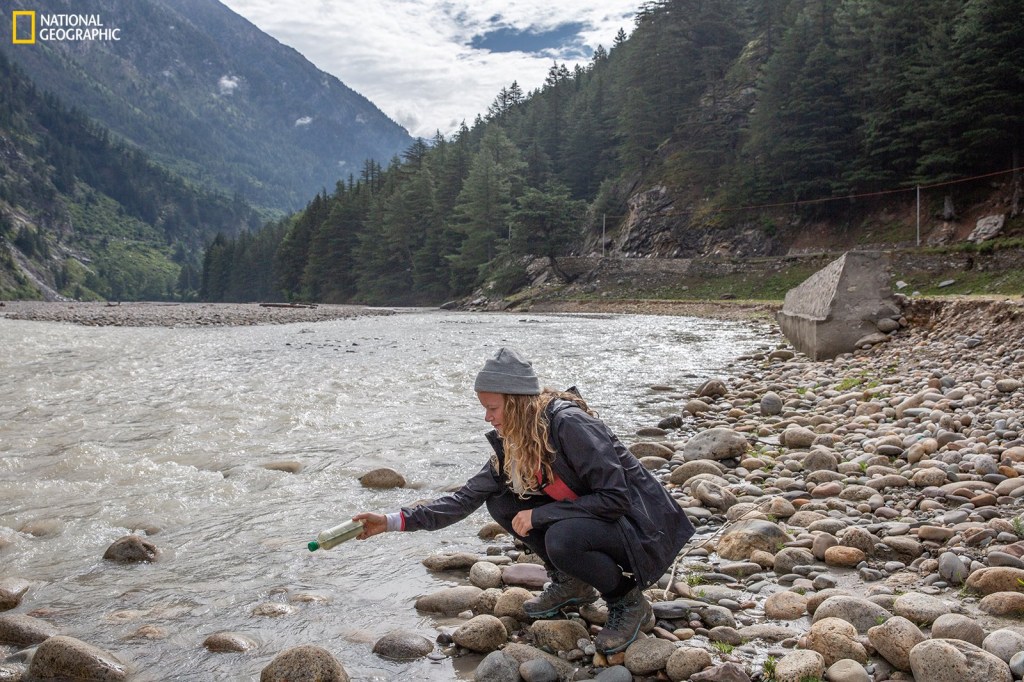 Scientists have measured the staggering distance plastic pollution can travel around the planet.

Their findings, published in the journal Plos One, are based on data from GPS and satellite tags in 25 plastic bottles.

The bottles were placed at various sites along the river Ganges, which originates in the Himalayas and flows through India and Bangladesh and eventually empties into the Bay of Bengal in the north-eastern part of the Indian Ocean.

The researchers from the University of Exeter and the Zoological Society of London tracked the 500ml bottles, several of which travelled through the river into the Bay of Bengal.

They also released three bottles directly into the Bay of Bengal to look at the path followed by litter once it reaches the sea.

Lead author Dr Emily Duncan, of the Centre for Ecology and Conservation on Exeter’s Penryn Campus in Cornwall, said: ‘Our ‘message in a bottle’ tags show how far and how fast plastic pollution can move.

‘It demonstrates that this is a truly global issue, as a piece of plastic dropped in a river or ocean could soon wash up on the other side of the world.’

The team found that bottles occasionally got stuck on their way downstream while moving in the Ganges.

The scientists are hoping that their electronic bottle tags will be a ‘powerful tool’ for education and raise awareness about the effects of plastic pollution.

They estimate that rivers transport up to 80% of the plastic pollution found in oceans.

Dr Duncan said: ‘This could be used to teach about plastic pollution in schools, with children able to see where their bottle goes.

‘Data from these tags could feed into global models to give us a clearer picture of how plastic moves across the ocean and where it ends up.’

The research was conducted as part of the National Geographic Society’s Sea to Source: Ganges expedition.

PrevPreviousMost comprehensive map of the Milky Way revealed by UK astronomers
NextStop watching in HD to save the planet, scientists warnNext