Most comprehensive map of the Milky Way revealed by UK astronomers 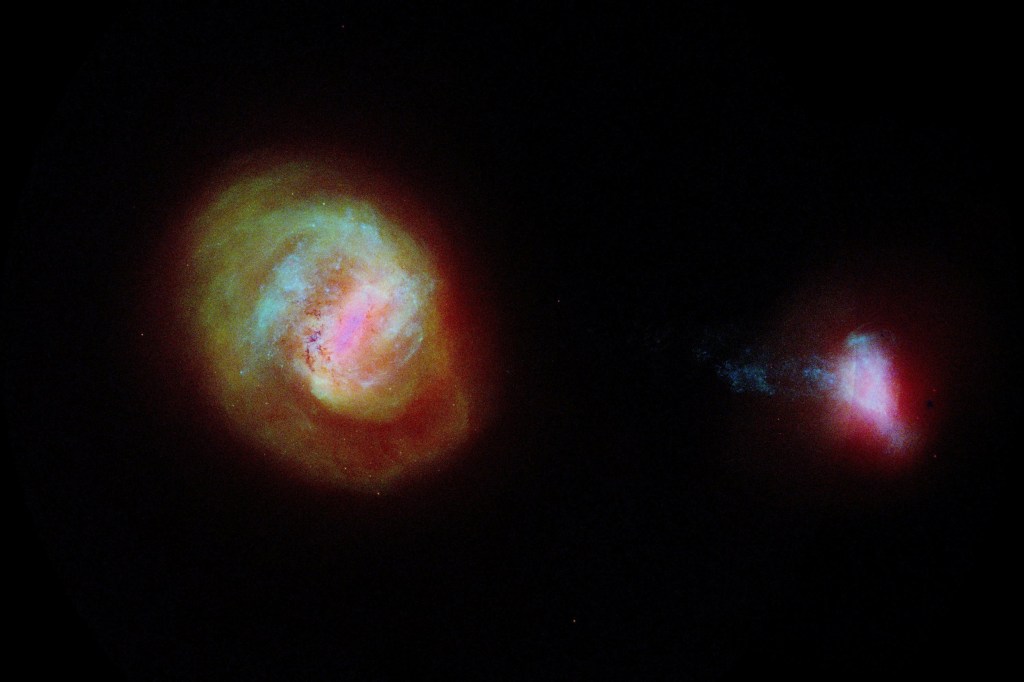 The most comprehensive 3D map of the Milky Way to date has been produced by UK astronomers, made of nearly two billion stars.

A model of our neighbourhood galaxy in this detail could pave the way for understanding crucial questions about its future.

The map, based on the most recent data from the European Space Agency’s Gaia space observatory, is from two telescopes scanning the Milky Way from a location about 930,000 miles (1.5 million km) from Earth.

Dr Floor van Leeuwen, at the University of Cambridge, who led the research, said: ‘Gaia is measuring the distances of hundreds of millions of objects that are many thousands of light years away, at an accuracy equivalent to measuring the thickness of hair at a distance of more than 2,000 kilometres.

‘These data are one of the backbones of astrophysics, allowing us to forensically analyse our stellar neighbourhood and tackle crucial questions about the origin and future of our Galaxy.’

Launched in 2013, the Gaia satellite operates at the so-called Lagrange 2 (L2) point – a gravitationally stable spot in the Sun-Earth system.

So far, this galaxy surveyor has measured the positions and brightness of almost two billion stars and detailed their magnitudes and colours.

The Gaia data will also allow astronomers to measure the mass of the Milky Way by analysing the “gentle” acceleration of the solar system as it orbits around the galaxy.

It is thought that over a year the Sun accelerates towards the centre of the galaxy by 7mm per second, while orbiting at a speed of about 124 miles (200 km) a second.

Astronomers will also be able to deconstruct the two largest companion galaxies to the Milky Way – the Small and Large Magellanic Clouds – using the data collected by the Gaia satellite.

The two galaxies are connected by a bridge of stars thought to be 75,000 light years long.

Dr Caroline Harper, head of space science at the UK Space Agency, which provided the funding for the research, said: ‘For thousands of years, we have been preoccupied with noting and detailing the stars and their precise locations as they expanded humanity’s understanding of our cosmos.

‘Gaia has been staring at the heavens for the past seven years, mapping the positions and velocities of stars.

‘Thanks to its telescopes we have in our possession today the most detailed billion-star 3D atlas ever assembled.’

The new data will also include “exceptionally accurate” measurements of the 300,000 stars that are relatively close to the Sun, within a distance of 326 light years.

The researchers aim to use the information to learn more about the fate of the Milky Way by predicting how the galaxy will change in the next 1.6 million years.