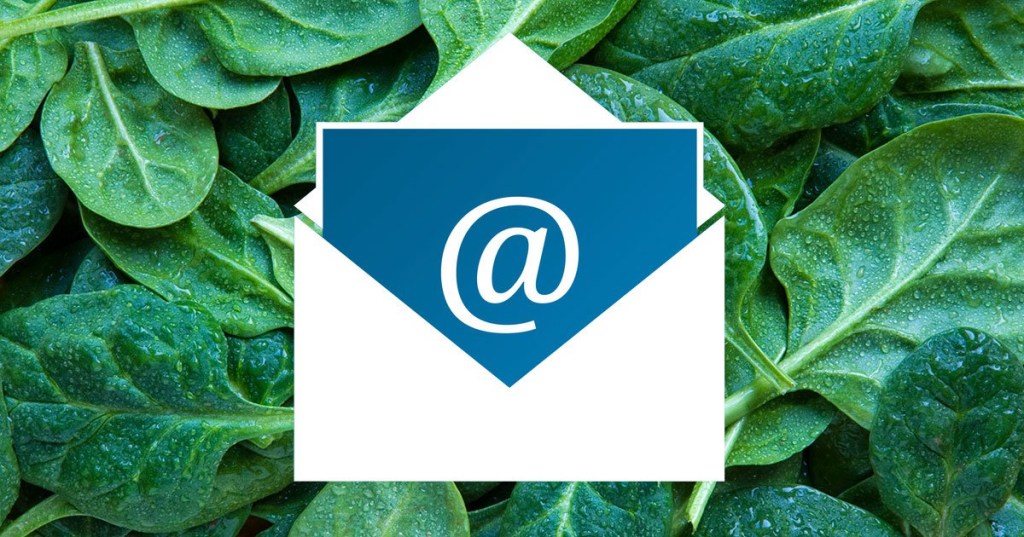 A group of MIT scientists over in the US have taught spinach plants how to send emails.

Unfortunately, we don’t mean they dumped an engineered clump of spinach leaves on a keyboard and got it to crawl over the keys.

Instead, they used nanotechnology to turn the plants into sensors that picked up on nitroaromatics in the groundwater. Once detected, the spinach would emit a signal that was read by an infrared camera that, in turn, triggered an email alert to the MIT scientists.

Nitroaromatics are a compound found in explosives like landmines. So, when the plants registered its presence, carbon nanotubes inside the spinach leaves produced the required signal.

The whole experiment is part of a wider field of research involving adding electrical systems to plants to give them new abilities.

‘They have an extensive root network in the soil, are constantly sampling groundwater, and have a way to self-power the transport of that water up into the leaves.

‘This is a novel demonstration of how we have overcome the plant/human communication barrier,’ he said.

Although this particular spinach is busy detecting explosives, the scientists say it could be used for applications. Such as detecting pollution or environmental factors.

Plants absorb huge amounts of information from their surroundings, so harnessing this could give scientists vital ecological insight.

‘They know that there is going to be a drought long before we do. They can detect small changes in the properties of soil and water potential. If we tap into those chemical signalling pathways, there is a wealth of information to access.’

The research on the email-sending spinach was published in the journal Nature Materials.