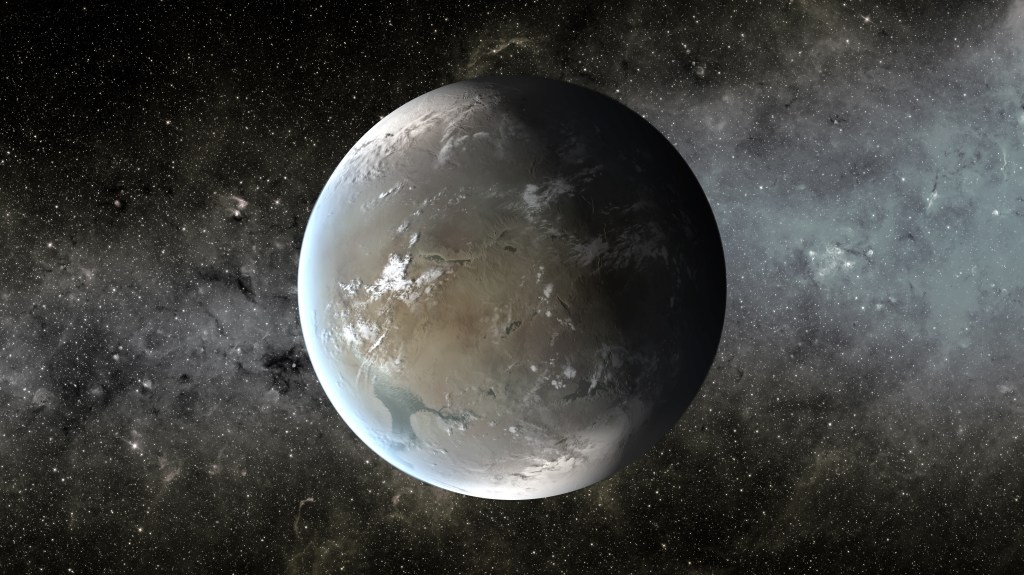 A planet that appears to be a lot like Earth has been spotted in the depths of space by a team of astronomers.

The so-called ‘super-Earth’ is one of only a handful of exoplanets (those outside our solar system) with both a size and an orbit similar to our home.

The astronomers, from the University of Canterbury in New Zealand, explained that the planet would have a mass somewhere between Venus and Earth.

Its host star is about 10% the mass of our sun, and the planet’s orbit would be the equivalent of between Venus and Earth in our own solar system. Meaning the planet has a ‘year’ of 617 days.

Dr Herrera Martin, the lead author on the paper outlining the discovery, said finding the planet was a one-in-a-million chance.

‘To have an idea of the rarity of the detection, the time it took to observe the magnification due to the host star was approximately five days, while the planet was detected only during a small five-hour distortion.

‘After confirming this was indeed caused by another ‘body’ different from the star, and not an instrumental error, we proceeded to obtain the characteristics of the star-planet system,’ he said in a press release.

While there’s a lot of hope of finding a planet like ours in the so-called Goldilocks zone, Nasa warns that these super-Earth’s may not look like our own planet.

The space agency says they could be ‘up to 10 times more massive than Earth,’ and may vary in composition from water worlds to icy planets to ones made mainly of gas.