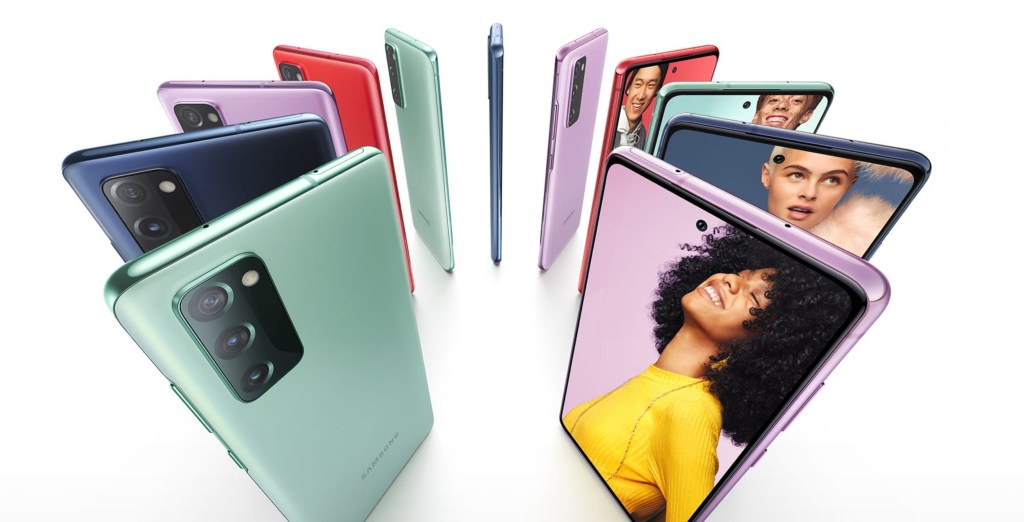 Samsung has unveiled a new affordable version of its flagship smartphone, known as the Galaxy S20 Fan Edition (FE).

The S20 FE includes a number of features found on the premium device that was first released earlier this year, such as 5G connectivity and high-powered cameras.

The technology giant’s corporate vice president for UK and Ireland, Conor Pierce, said the aim of the new device was to bring more of its key technologies to a wider audience.

‘We are constantly speaking to our customers and know there is demand for a smartphone that takes stunning photos and can perform all day, at a competitive price point,’ he said.

‘Galaxy S20 FE is an extension of the Galaxy S20 family, designed to bring flagship features to a wider audience.

‘Equipped with 5G, we have future-proofed the device so our customers can enjoy the incredible innovation we know this technology will bring to our everyday lives.’

The device follows a number of other high-profile launches by the South Korean firm, which announced its Galaxy Note 20 phablet in August and then a new foldable, the Galaxy Z Fold 2, last month.