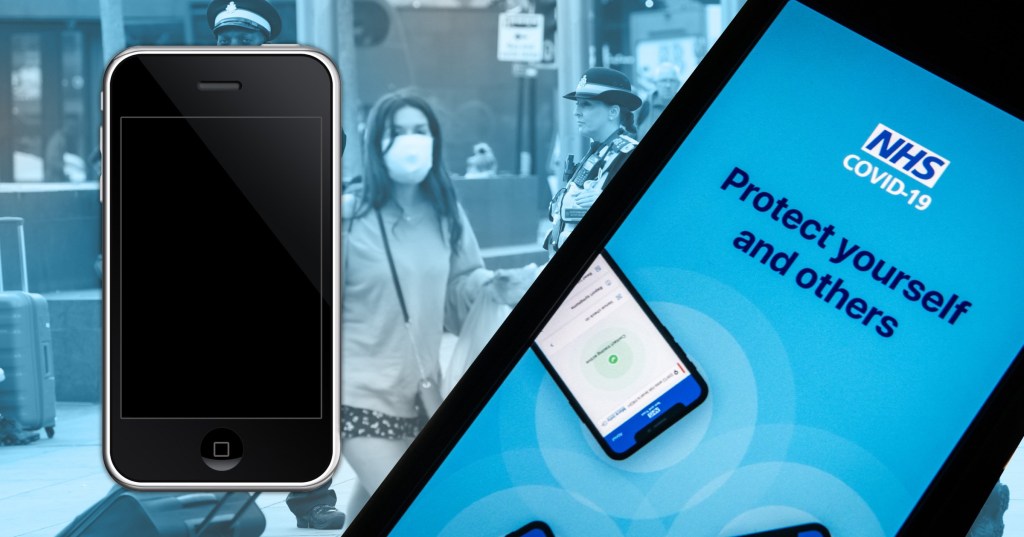 The NHS has launched its coronavirus Test and Trace app across the UK today after months of delays and technical issues.

But it seems the Covid-19 app doesn’t work on older iPhones.

This leaves thousands of Brits across the country unable to download and use the app and help contribute to the efforts to beat Covid.

Anyone using an older iPhone will receive an error message saying that iOS 13.5 or later is required to run the app. This means any handset before the iPhone 6S – basically any iPhone more than five years old – won’t be able to run the app.

There are 10 possible iPhone models that many people around the country could be using that are unable to run the app.

The app has uses Bluetooth technology to monitor contacts and alert a user if they have been exposed to the virus by coming into contact with an infected person.

A QR code scanning feature is also available, allowing people to check-in to venues they visit and share their contact details for tracing efforts. But that’s only if your phone supports it.

The technology was supposed to be rolled out four months ago as part of Boris Johnson’s ‘world beating’ testing system and was described as ‘the best possible way to help the NHS’ – but it has been plagued by doubts over its effectiveness. Results from other countries already using similar apps have been mixed.

The Department of Health and Social Care (DHSC) had planned to launch the NHSX app in May but the health secretary was forced to abandon it after it failed to work on the majority of smartphones. Google and Apple then took over the project.

Residents on the Isle of Wight and in the London borough of Newham have been trialling the latest version since mid-August.

Its launch comes as the UK is at a ‘tipping point’ with the virus, as 6,178 positive tests were recorded on Wednesday – the highest daily toll since May. The latest restrictions will come into effect today, including a 10pm hospitality curfew and extending the compulsory use of face coverings for hospitality and retail staff.