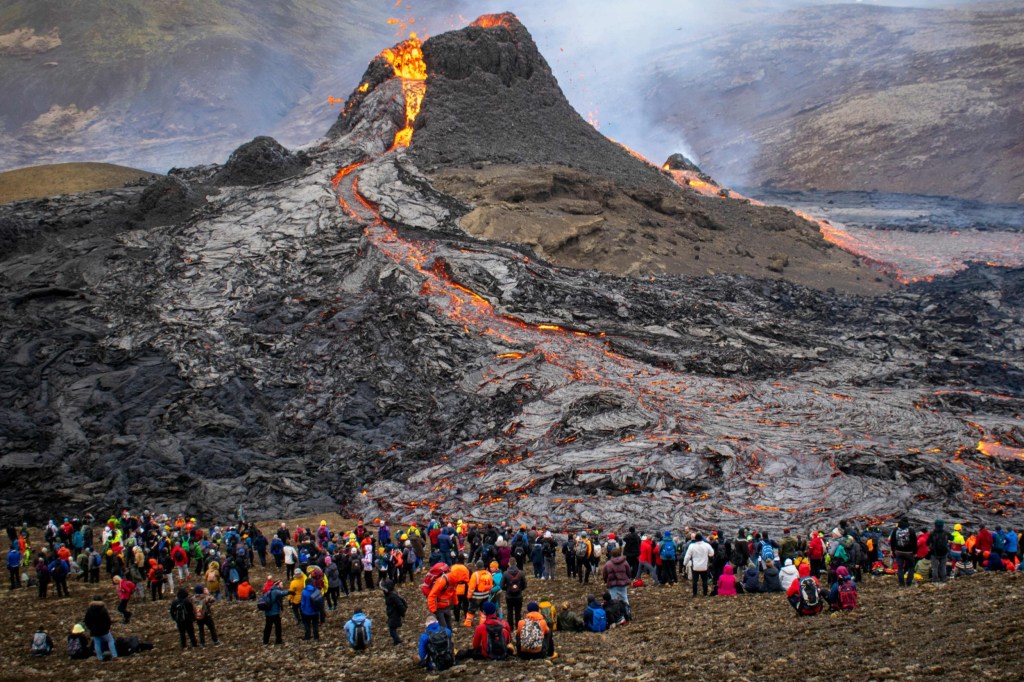 These phenomenal images show molten lava after an Icelandic volcano erupted into life after thousands of earthquakes over the last three weeks.

Perhaps most impressive of all, one visitor flew a drone just metres over the molten lava to capture spectacular footage (below) of the volcanic flow.

The Fagradalsfjall spout of the volcano at Geldingadalur valley, 40 km from Reykjavik in Iceland, can be seen spewing molten lava down its slopes in the spectacular footage.

It was reported that for the first time in 900 years, hot lava flew into the air and landed near the fishing town of Grindavík in the early afternoon on 19th March.

After three weeks of intensified seismic activity that included an estimated 50,000 quakes, the eruption occurred on Mountain Fagradalsfjall, on the Reykjanes Peninsula.

The lava few up to 200 metres into the air, and in just a few hours, the length of the molten lava river was 500 metres.

Have a look at this drone footage below, which was posted to Facebook.

The following day, the Icelandic Coast Guard team took more fantastic shots of the volcano from the air but also landed on the ground and captured this natural phenomenon up close.

Visitors also flocked to the site to get pictures of their own.

A spokesman said: ‘It’s safe to say that the last hours have been eventful for the Coast Guard helicopter squad, scientists and others who have flown over the eruption in Geldingadalur in Reykjanes. The helicopter squad met this cheerful dog in the area with its owner, and Hrannar Sigur ðsson air company posed for a photo shoot.’

Geldingadalur is one of the thirty-two active volcanoes in Iceland’s volcano system.

Although the Geldingadalur volcano erupts for the first time in 900 years, locals were less surprised than the rest of the world as on average they witnesses an eruption every five years.

Memories are still fresh of the weeks-long eruption and massive cloud of smoke over northern Europe from the Eyjafjallajokull volcano in 2010, after which 20 countries in Europe closed their skies to commercial flights that left tens of millions of people stranded on the ground.

Reykjavik Airport is not closed this time, but each of the airlines operating from there is asked to decide whether to delay or cancel their flights or resume regular services based on constant updates of the current situation.