Parler alternative MeWe downloaded over a million times in 72 hours 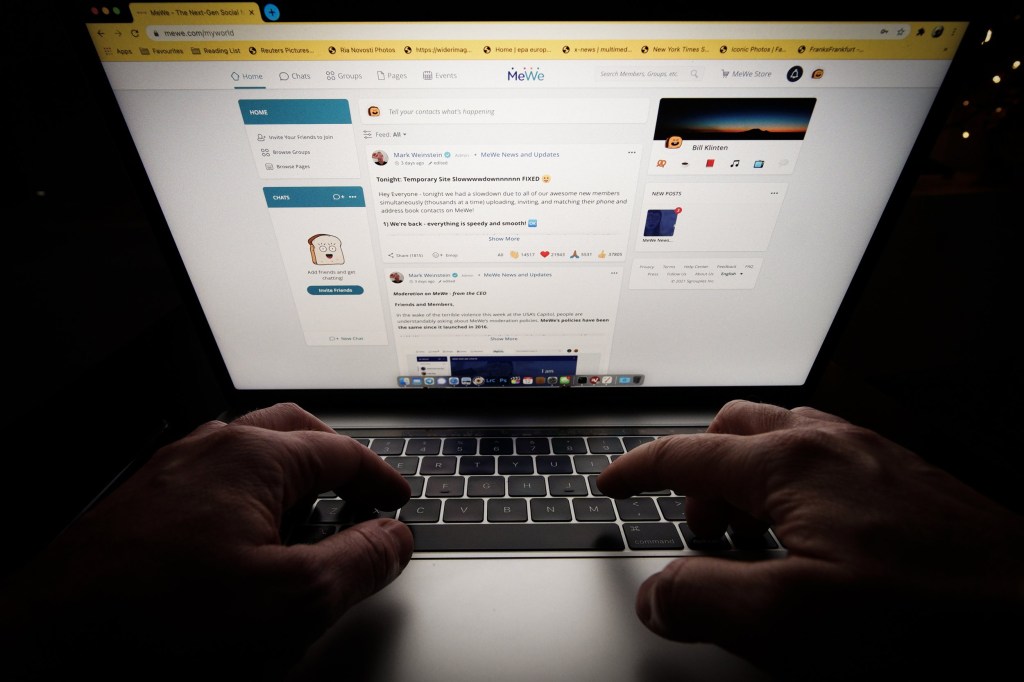 Alternatives to Parler, the social network involved in the US Capitol invasion, have boomed after the app was scrubbed from the internet.

Users that relied on Parler, a Twitter-style social media platform, and that have been locked out of Twitter, have been flocking to alternative apps, such as MeWe, CloutHub and other privacy-centric rivals.

Parler users were heavily involved in the storming of the capitol, and the site had been used to organise for the attack.

Google Play and the App Store have been recording millions of downloads for the apps, as users locked out of Parler and other platforms seek a place to organise and communicate.

The search for a new social network for Parler users comes after Google and Apple removed the app from the App Store and Google Play.

Amazon then followed suit by refusing to host the social network on its servers.

While many have praised the bans as preventing breeding grounds for hate and real-world violence, others have argued it’s a worrying display of Silicon Valley’s market dominance.

Since Apple banned Parler late on Saturday, MeWe has exploded up the App Store’s charts. In October, the app was ranked below position 1,500.

According to Techcrunch, the company has seen more than a million members in the last 72 hours, and is gaining hundreds of thousands of users per hour.

Why has there been a backlash against Big Tech?

While Parler’s removal has been the impetus for many to seek alternatives, it also comes amid widespread criticism of Big Tech.

Many feel that Apple, Google and Amazon and Facebook have become too powerful and overly dominant in the world of social media and technology.

Facebook and Google are both the subject of antitrust lawsuits in the US and the EU.

The social media giants have also been criticised over their privacy practices, which rely on large amounts of user data to maintain their services.

Apple, which has historically been less reliant on user data, has put the pressure on the giants to declare to users exactly what data they’re using and extracting.

So it’s not just conservatives that are fleeing Silicon Valley’s products.

Many were turning away from the mainstream social giants to seek companies that were more protective of user data, like users moving to Telegram and Signal after a WhatsApp privacy policy update.

Messaging apps Telegram and Signal have occupied the top two spots on the app store since last week.

But it’s becoming increasingly hard to escape entirely from all of Big Tech, as the platforms have such a huge impact on how the modern internet is run and maintained.

However, while some are seeking privacy-centric networks for privacy’s sake, many users involved in far right movements are seeking the refuge of these apps after threats of law enforcement following the US Capitol riots.

The FBI has already started to arrest attendees, with huge amounts of evidence leaking from privacy-loose Parler.

MeWe, an alternative social network launched in 2016, has seen one of the largest increases in users.

The app has seen a steady increase of users since the November election, when thousands of accounts were removed from mainstream social media for election disinformation.

But it’s largest increase has been in recent days.

The social network is comparable in its user interface to Facebook, but on data policies it takes a very different view.

Unlike Mark Zuckerberg’s social network, it keeps very little personal information about its users, and doesn’t use it for ads or third-party services.

This feature meant it was extremely popular in the recent Hong Kong protests.

MeWe has received more than 16 million downloads in total, according to intelligence firm Apptopia, with 200,000 of those coming since the Capitol storming on Wednesday.

PrevPreviousForget folding phones, LG made a ‘rollable’ phone
NextCIA declassifies treasure trove of UFO documents for anyone to downloadNext