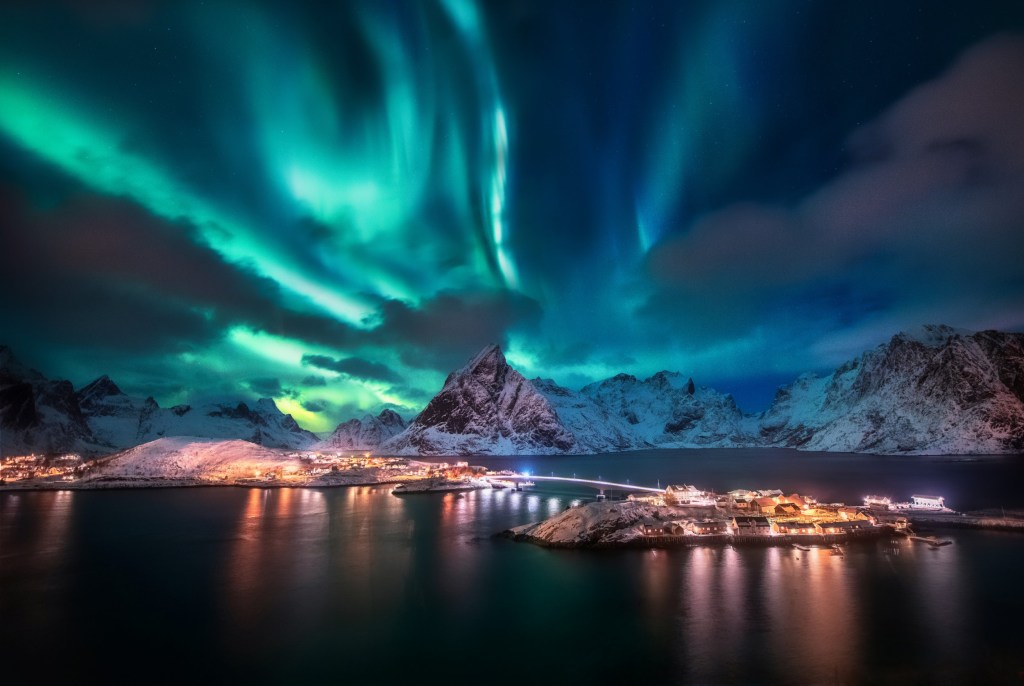 The Northern Lights are set to be visible tonight and for the next few nights in the UK and in parts of the US.

While typically associated with the freezing northern regions of Finland, Iceland and Sweden, the aurora borealis will be dancing across the sky in parts of the UK due to increased activity from the sun.

Our parent star recently unleashed its biggest solar flare in three years, marking a new active phase in the solar cycle. The result is a spectacular display from the Northern Lights at lower latitudes than normal.

Solar storms on Earth are caused by a coronal mass ejection (CME) – a large expulsion of plasma and magnetic fields from the sun – that interact with Earth’s magnetic field.

This new storm warning marks the start of a new period of more intense solar activity than we have experienced recently – as the sun enters a new 11-years ear solar cycle.

The actual disturbances to equipment on Earth are more likely to be a ‘minor nuisance’ that the technology can manage, experts say.

But fans of the night sky could be in for a treat.

The best areas of the country to see the Northern Lights will be in Scotland. But parts of northern England may also witness the celestial phenomenon too.

Are the Northern Lights visible in the UK?

All the signs point to increased visibility, but weather is always going to make things a bit unpredictable.

‘As always, timings are uncertain and sightings are not guaranteed – so keep an eye on our alerts for updates.’

A statement from the Space Weather Prediction Center (SWPC) read: ‘As CME effects continue, activity is likely to increase, especially if the magnetic field carried with the CME connects well with Earth’s magnetosphere.’

Where are the best places to see the Northern Lights in the UK?

The further north you can get, the better when it comes to catching a glimpse of the lights.

According to Aurora Watch UK, a couple of places in Scotland will get the best view: specifically Samburgh Head in the far north and Crooktree outside of Aberdeen.

In England, local reports from Lancashire suggest sightings near the Forest of Bowland AONB.

Like any form of astronomy, would-be watchers will want to get as far away from light pollution as possible. Allow your eyes to become accustomed to the darkness and remember to wrap up warm.