Nio is the ‘Chinese Tesla’ that’s more valuable than Volkswagen 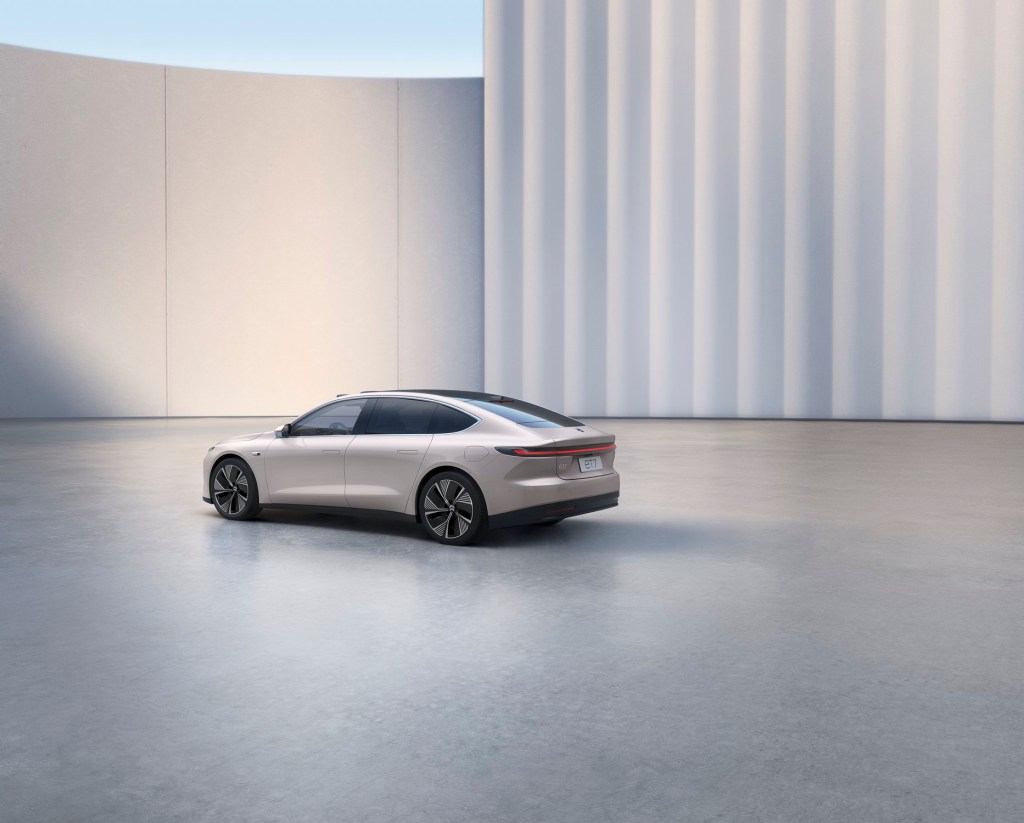 Tesla may be the world’s most valuable car company, but a six-year old, $100 billion Chinese firm is fast on its heels.

For comparison, that valuation is bigger than car giants Volkswagen, Ford and General Motors, even though the company only delivered 36,721 vehicles last year (Volkswagen delivered 6.5 million).

Electric car company Nio has been dubbed ‘the Tesla of China’, and though it may be without an Elon Musk at the helm, it’s just as forward looking.

Made all the more impressive is that the company almost collapsed in 2019, after reduced government subsidies, faulty battery packs and a cancelled factory left it teetering on the brink.

Both Tesla and Nio are betting big on the future of personal transportation being electric – but with one key difference.

When you buy a Tesla, the battery that comes with the car stays with it permanently. If the battery runs out of juice, you recharge it at one of their ‘Supercharger’ stations.

But Nio have chosen to invest heavily in a ‘battery swapping’ technology.

Once your car runs out of power, you go to a ‘Power Swap’ station and have the flat battery replaced with a fully charged one, in a matter of minutes.

This scheme offers a few advantages: a faster charge time (five minutes compared to Tesla’s hour-long charging time), a lower upfront cost (you can buy the car without the battery) and avoiding the stress of your battery holding less charge as it ages.

However, customers do pay a monthly fee or pay per battery swap (around £20).

Another drawback at the moment is the limited number of Power Swap stations – currently around 170 across the whole of China.

Though Nio plan to aggressively expand the service, they’ve still got quite some way to go before they’re at Tesla’s 3,000 Supercharger stations.

But many electric car market observers have suggested a battery-swap service could be a safe bet, with batteries being the most expensive car component as volatile raw-material prices make the price difficult to lower.

It also gives Nio owners the ability to replace the battery with newer, more advanced batteries as the technology advances.

How much does a Nio car cost?

So far, Nio only offers four cars for sale – and only within China (though the company plans to expand into Europe possibly as early as next year).

The most recent of these is a four-door all-electric sedan, the ET7, placing it in direct competition with Tesla’s most popular Model 3.

While the price is almost double that of a Model 3, Nio has seen record demand from customers and is thriving in a booming Chinese middle class.

Though the car is in the Model 3’s price range, CEO William Li still sees the company as catering to a luxury market.

Speaking in Shanghai before the ET7’s announcement, Li said Nio’s main competitor’s were BMW AG, Mercedes-Benz or Audi AG, adding that while Tesla ‘maintains its ambition to become a Volkswagen or Ford in electric-vehicle manufacturing, we will insist on producing premium cars.’

So, what do you get for all that money?

A 310 mile range (compared to the Model 3’s 263 mile range), an autonomous driving system consisting of 33 sensors spread throughout the car and a high-tech, AI-powered interior.

Nio also claims to be developing a solid-state battery pack for 2022 that could push the range over 621 miles (which many have claimed is overly optimistic).

Will Nio be bigger than Tesla?

Nio started 2020 in a bad place, with less than $300 million in the bank and losing money faster than it was bringing in.

Comparisons with Tesla, now the most valuable car company in the world, may have seemed ill-judged.

Though it is still some way off making a profit, the company’s production figures and interest from consumers have led to a record valuation – and this is before the company has expanded outside China.

Nio is expecting to expand into Europe later this year, with other regions to follow.

The electric car company delivered more than 40,000 cars last year (less than half of Tesla), which will need to rapidly increase if the company hopes to turn a profit.

But investors have latched on to Nio’s battery swap technology as a novel and potentially profitable business, especially if, as CEO William Li hopes, big car manufacturers use the service.

The Chinese car company is also working on releasing new cars, including a sedan in addition to the ET7 – with a still-growing market having plenty of room to expand.

Car ownership in China has lagged behind other nations, with only 173 out of every 1,000 people owning a car. In the US, that number is 837.

Another factor in their favour is China’s economy: unlike most Western economies, the Chinese economy is still growing and has been relatively unscathed from the coronavirus pandemic.