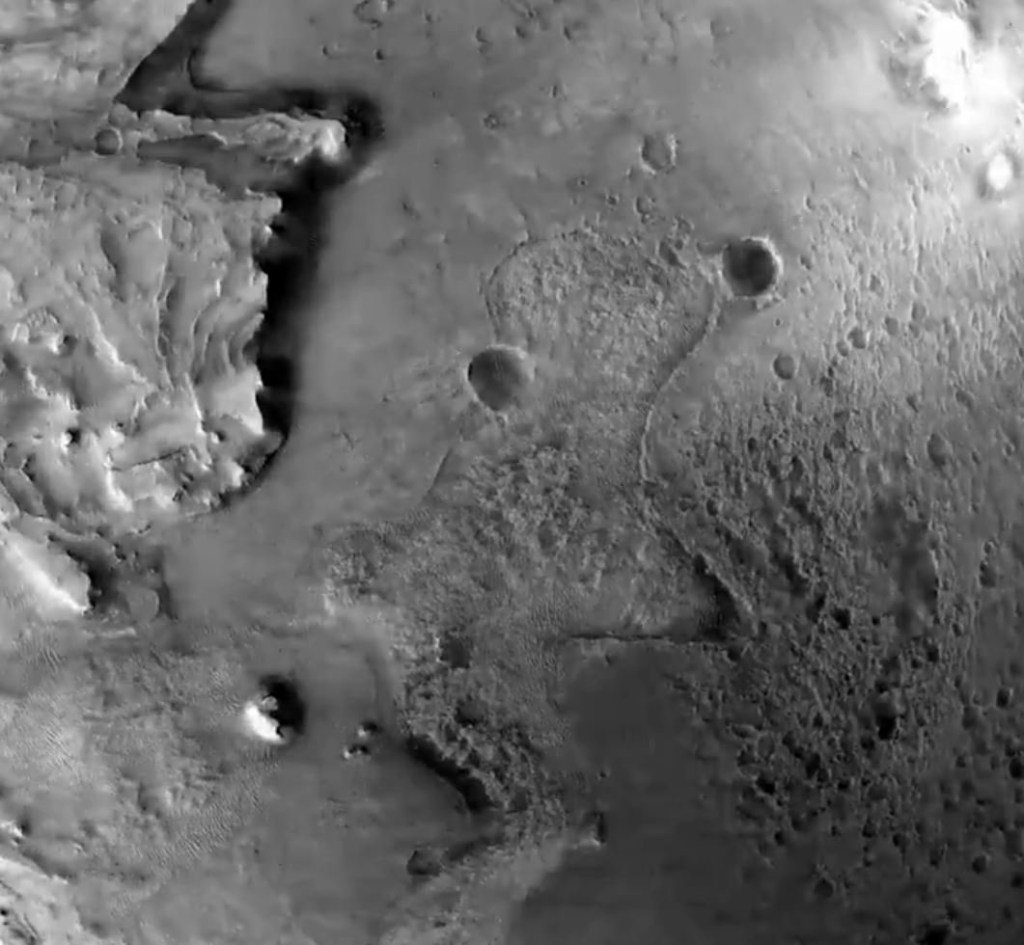 Nasa has released a video showing the moment Perseverance landed on Mars from the point of view of the rover itself.

The descent to the rocky, cratered landscape is seen in detail with the view moving violently as the rover scopes out a safe place to land.

Perseverance, the biggest and most technologically-advanced rover ever sent to Mars, is tasked with exploring the huge Jezero Crater.

During the parachute landing, it needed to use its Terrain-Relative Navigation System to find the perfect place to land.

This system took a series of pictures – which Nasa then stitched together to make the video that was then shared on Twitter.

‘You’re looking at the real deal images I used to make my pinpoint landing,’ explained the tweet from Perseverance’s official Twitter feed.

‘This is how I quickly got my bearings and picked the safest target in the last three minutes before touchdown.’

The video ends when Perseverance’s wheels safely touch down on the dusty Martian surface.

‘For past Mars missions, 99 percent of the potential landing area (the landing ellipse), had to be free of hazardous slopes and rocks to help ensure a safe landing,’ Nasa wrote on its website.

According to the American Space Agency, the technique has an estimated error of about 0.6 to 1.2 miles, which can increase up to 1.8 miles during entry.