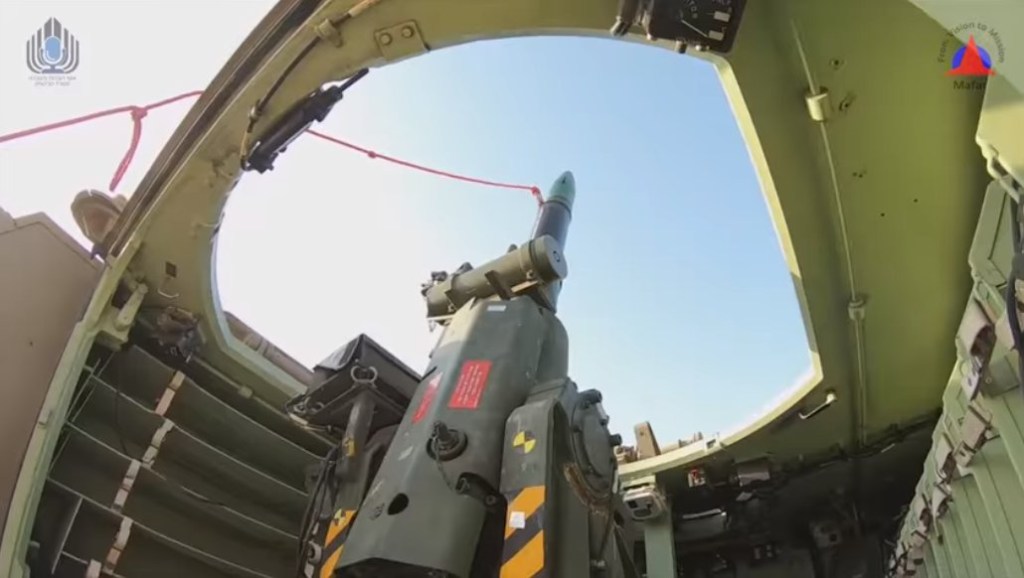 Israel says it has completed development of a new guided mortar system that gives its army a formidable new weapon against enemies embedded in crowded environments.

The Israeli defence ministry said the Iron Sting system, using both GPS and laser technology, would provide Israeli land forces with a new level of precision, while minimising the risk of harming nearby civilians.

Defence minister Benny Gantz said the system ‘changes the battlefield and provides our forces with more accurate and effective means’.

The Israeli military has found itself over recent years grappling with the challenge of battling Palestinian militants in the Gaza Strip, while also training for the possibility of war against Lebanon’s Hezbollah militants.

The chief prosecutor of the International Criminal Court this month opened a preliminary investigation into possible war crimes by Israel during its 2014 war in the Gaza Strip, when hundreds of civilians were killed during fighting between Israel and Hamas militants.

Israel has blamed Hamas for the civilian casualties, citing the group’s attacks launched from residential neighbourhoods. But human rights groups have said the military did not take sufficient precautions to distinguish between militants and civilians.

Colonel Assaf Shatzkin, head of the land systems department in the ministry’s research division, said the new mortar system would help the army against enemies like Hamas and Hezbollah.

He said it could strike short-range targets within several miles with precision of just a few yards.

‘With this precise mortar shell, it can be more focused on the enemy … without a collateral damage to those that are not relevant to the fighting,’ he said.

The system is expected to be activated in the coming months, he added.