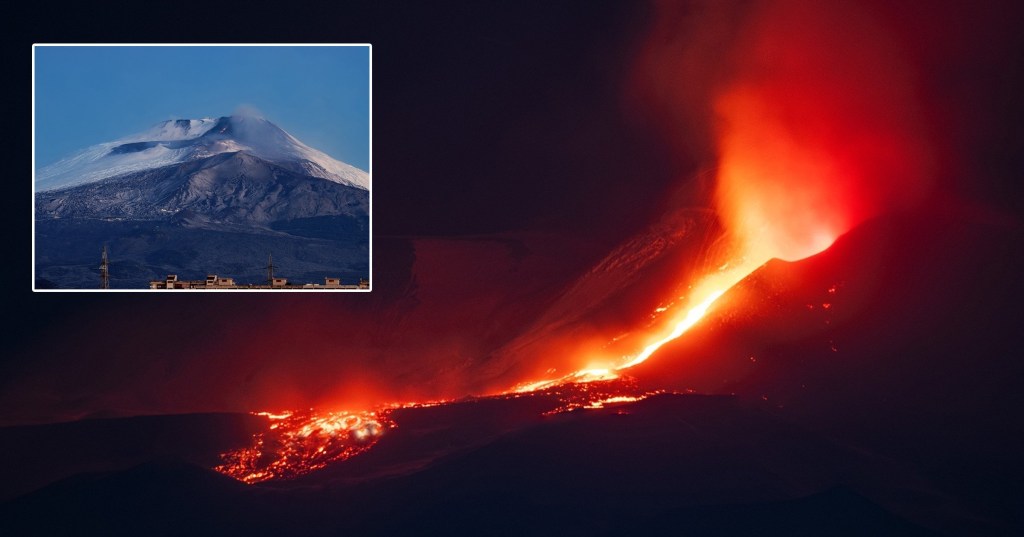 Mount Etna has erupted in Sicily, sending huge plumes of ash and lava into the air.

The volcano is the largest in Europe and is known for frequent eruptions that send rivers of molten lava flowing down its slopes.

Activity was first recorded at 9.20pm yesterday evening at Etna’s south-east crater. It took a mere thirty minutes for the intensity of the eruption to increase from medium to high.

Before long, the volcano was spewing fountains of lava up to 100m high.

The episode was witnessed by Boris Behncke, a volcanologist at Italy’s National Institute of Geophysics and Volcanology.

‘A few moments of the second short episode of Strombolian activity culminating in lava fountaining at #Etna’s Southeast Crater,” he wrote on Twitter alongside footage of lava flowing from the volcano.

Before the eruption took place a magnitude 2.7 earthquake was recorded on the island, although it’s not yet known if the two events were linked.